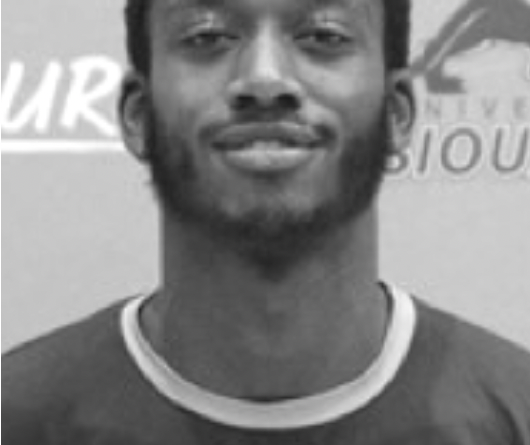 Being a college student is hard. But imagine moving to another country for school. That’s exactly what Wesley Oba did in 2019 and this isn’t the first time he has had to do it. Oba is from Germany and lived there for 10 years but has lived and gone to school in the United Kingdom for the majority of his life. Wesley says “You know, growing up in a country and speaking only one language was fine and I was very happy as a kid, you know. I had a lot of friends and everything was great until my mom told me we were moving to England. At 11 years old, this was a very hard thing to do, and to be honest, I didn’t fully understand why and was a little frustrated at first.”

Wesley Oba came to Sioux Falls, South Dakota to attend the University of Sioux Falls, a Christian, liberal arts college, to get his degree and to play basketball in another country. He has now been in Sioux Falls, playing for the basketball team and majoring in applied math. He came about 2 years ago and is planning to graduate in 2 years. He says, “Having moved in the past and changed culture, I had a small idea of the challenges I was going to have to face in the next 4 years, but the pandemic made it a whole other deal. I wasn’t able to go back home for over 2 years and this was very hard on me. I am very happy that I decided to take this step by coming to play basketball and study in America as I believe it is one of the best decisions I have made so far.” Wesley has high hopes to continue playing basketball after his college career whether it is here in the United States, or back in Europe. He will have to make a choice after graduation and see where basketball will take him.

November 18, 2015 Editor-In-Chief Comments Off on Preparing for Finals Week