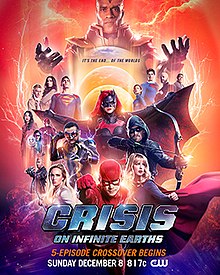 Image Courtesy of The CW and Warner Bros.

Hello again, ladies and gentlemen!  Is everyone excited for the holidays?  I hope so!  I know I haven’t written in a while, but that’s because I’ve been scratching my head trying to find something new to do for this blog.  Well, I think I’ve finally found it!   Welcome to TV Spotlight!  It’s a new edition of the blog that I’ll be doing every so often when there’s a lack of comics or when something interesting pops up.  It might be something that’s on TV currently or it might be something from years past.  Either way, I hope you enjoy it.  And, who knows?  Maybe a movie edition will come to fruition one day.  For now, though, we’ll stick to television.  To kick off this first edition, I’ll be looking at the first three parts of The CW’s mega-crossover event “Crisis on Infinite Earths”.  Enjoy!

For the uninitiated, every year on The CW, they air a massive crossover between all of their DC properties.  It started off six years ago with just “Arrow” and “The Flash” and it stayed that way for the first two years.  However, by year three, there were more shows and hence, a bigger crossover.  “Crisis on Infinite Earths” has been teased ever since season 1 of “The Flash”.  It’s hard to believe that, after six years, we’ve finally gotten to the point where it’s actually happening.  It’s really very exciting!

The TV event is based on the comic of the same name written by Marv Wolfman.  In the story, a villain called The Anti-Monitor has unleashed a wave of energy that’s traveling through all of space and time and destroying every version of reality in its path.  The TV version is following the same plot, just on a slightly smaller scale because of budget restrictions.  Still, they manage to pull off some pretty epic things in spite of that.  There are even a few clever cameos that die-hard fans will enjoy.  No spoilers!

I mentioned before something about the budget restrictions.  Sure, the visual effects and the scale aren’t as grand as something like “Avengers:  Endgame”.  But whatever it lacks visually it makes up for in character.  There are some genuinely wonderful moments amongst the cast and they all feel true to form, which is quite a feat when you consider that essentially everyone from five different shows are all here.  The writers definitely had some heavy lifting to do.  And I would be remiss if I didn’t give props to the actors themselves.  Everyone here is acting their tails off to make the audience feel something and we definitely do.  Or, at least, I did.  There’s even one actor who is performing against himself in a dual role and pulls it off like a champ.  Again, no spoilers.

Now, as much as I love what we’ve gotten so far, I should point out one of the issues I have.  As of December 10th, we’ve seen three out of five parts.  The last two will air on January 14th.  With that in mind, I don’t feel like there have been that many epic moments.  There are a couple, don’t get me wrong.  But, with only two hours left, it feels like there’s a lot to get done yet and, due to that, part of me wishes this was six parts instead of five.  Especially given the giant cliffhanger we left on two weeks ago.  I just worry that the last two episodes are going to feel slightly too rushed for me to fully enjoy it.  However, I’m more than happy to be wrong!  Please, prove me wrong CW!

At the end of the day, I’m pleasantly surprised.  Is it a perfect translation of the comic?  No.  But it was never going to be.  After all, this isn’t a movie.  We’re talking about television here.  The things that they’ve even pulled of thus far are surprising considering the limitations.  And yeah, the first three hours are a little too much exposition and not enough plot advancement.  That doesn’t mean they can’t do something great in the conclusion.  Let’s keep an open mind!

So, how about that?  I rather enjoyed writing this!  I hope you liked it too because you’ll be getting a lot more of these in the future!  But, as for right now, that’ll be it for today.  Don’t worry though!  There’s plenty more coming down the pipe including traditional reviews and more TV stuff.  After the holidays, there might even be another surprise in store.  You’ll have to wait and see.  Until next time, stay comical! 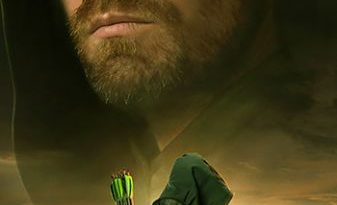 Comics Cornerstone TV Spotlight: Reflecting on The Legacy of “Arrow”

February 8, 2020 Baily Vis Comments Off on Comics Cornerstone TV Spotlight: Reflecting on The Legacy of “Arrow”

Swinging for the Fences with Connor Gibson

November 17, 2015 Editor-In-Chief Comments Off on Swinging for the Fences with Connor Gibson

Serving Outside the USF Community

May 15, 2016 Editor-In-Chief Comments Off on Serving Outside the USF Community