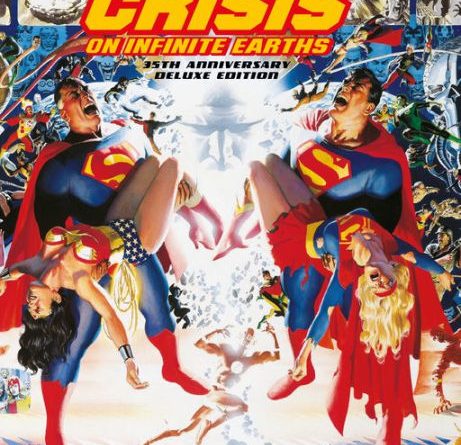 Hello readers and welcome to the inaugural throwback edition of Comics Cornerstone!  I’ve been planning this for a long time and that’s why it’s been a while since my last post.  I knew that, when I came back, this was what I wanted to do.  It just took some planning.  So, here’s what you can expect from the throwback posts:  I’ll be looking back at older comics that I consider classics and they could be anywhere from 50 years old to a year ago.  Basically, anything that’s not current.  This is also where you’ll see the majority of DC content while the main posts will remain primarily Marvel oriented.  But you never know.  I might throw some Marvel stuff or even an IDW book in here just to make things interesting.  With that said, I thought it best to start this series off by taking a look at one of the most famous (or infamous) DC stories of all time: “Crisis on Infinite Earths”.  Yes, it’s title might sound familiar.  That’s because this was the title of the CW’s annual crossover event between all of their DC properties.  Today though, we’re taking a look at the original.  So, buckle up!

“Crisis” was published by DC in 1985 and written by Marv Wolfman with art by George Perez.  It was the first crossover to feature literally every DC character at the time and it also started the trend for DC having a new “crisis” every few years.  Just to get my surface thoughts out of the way, this story is pretty great!  Of course, it really couldn’t afford not to be because this was the company’s way of getting rid of readers’ confusion and basically streamlining the brand.  For years, if not decades, DC had spent a lot of time establishing the fact that there are multiple parallel universes.  An infinite number, if you will.  I’m fairly certain the premise of this was that if readers weren’t liking specific characters or stories, they could just jump over to another book and follow the adventures of a different character on another earth.  A well-intentioned idea, to be sure.  Unfortunately, this ultimately backfired and caused more confusion than anything else.  Thankfully, writer Marv Wolfman had a brilliant idea to simplify the universe and thus, “Crisis on Infinite Earths” was born.

So, I’ll try to avoid spoilers as much as possible for those of you who haven’t read it.  Just because this is a throwback series doesn’t mean I’ll change my spoiler policy.  Anyway, here’s the basic premise:  A villain called The Anti-Monitor has created a device that will send out a pulse of negative energy across the entire multiverse and destroy every earth in its path.  His opposite, the Monitor, senses this threat and assembles various heroes from the remaining universes to try and prevent this cataclysmic event.  It’s easier said than done.  Many of the characters don’t trust the Monitor, let alone each other.  Obviously, the two Supermen immediately trust each other because they’re both optimistic and full of hope and all that nonsense.  Whatever.

Jumping ahead a little bit, the heroes split off into groups to go to the remaining earths and defend the people and the towers that the Monitor built to repel the negative energy waves.  Unfortunately for them, Anti-Monitor has sent out his minions called “Shadow Demons” to eliminate the heroes.  After being forced to retreat, the leftover characters decide to do the only sensible thing:  martial their forces and take on the Anti-Monitor directly.

Here’s what I’ll say without giving too much away:  The story is iconic and it definitely earns it.  After all, it is the first event to start a trend that DC will go back to anytime they want to reset the universe to zero.  Unfortunately, this trend has carried on for so long that whenever the title “Crisis” shows up on the cover of a book, it’s no longer special.  It’s my opinion that “Crisis on Infinite Earths” was not just the first, but also the only, event to do it well.  There have been others that have come close as far as quality goes.  But nothing beats the original.  Not only did we get to see all of our favorite DC characters together for the first time.  It also had two of the most heroic and heartbreaking deaths in all of comics at the time.  Now, for me, the story did start to get rather flimsy around the issue 9 mark.  I think it was about four issues too long.  It’s still mostly good stuff though.  I think the only reason it was stretched to 12 issues is that DC mandated that it be a year-long, monthly event.  It was the first crossover of this magnitude and they wanted to make it last.  Thankfully, even with the minor nitpick of it being rather long, I’d still say this is one of the best comics DC has published in the last forty years.

There you have it!  My complete thoughts on “Crisis on Infinite Earths”.  Have you read it?  If so, what did you think?  Maybe your opinion is different than mine.  Though there’s no doubt that you get a big bang for your buck!  I hope you like this first in a series of throwback posts!  Next up, I’ll be returning to the world of Marvel for a review of the most recent “Amazing Spider-Man” arc.  There’s also some “Star Wars” coming up on the horizon.  So, look forward to that!  Until then, stay comical! 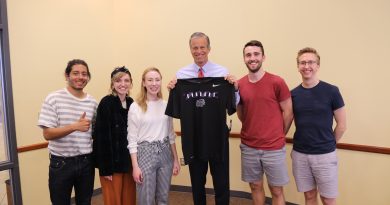 Senator Thune Allows Voices on Campus to be Heard

May 16, 2019 Chloe Peterson Comments Off on Senator Thune Allows Voices on Campus to be Heard 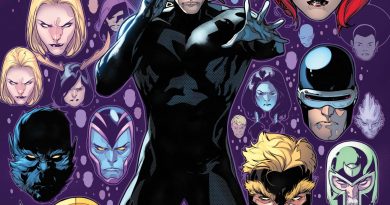 Comics Cornerstone: A Minor Speed-bump in An Otherwise Smooth Road

September 22, 2019 Baily Vis Comments Off on Comics Cornerstone: A Minor Speed-bump in An Otherwise Smooth Road