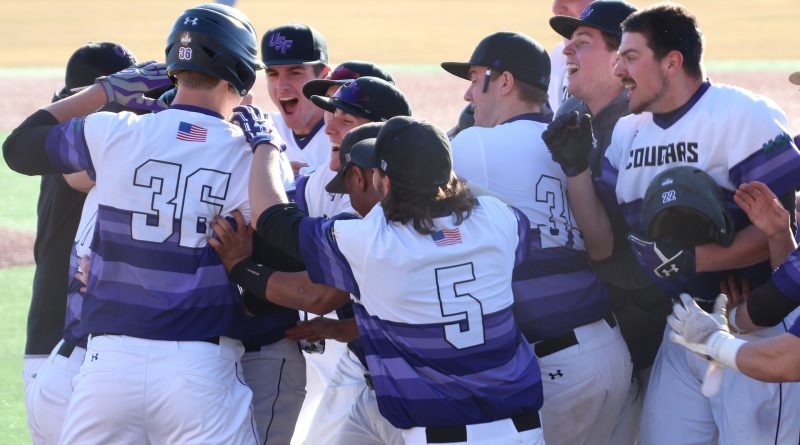 The University of Sioux Falls Cougars baseball team arrived back home Sunday March 3, following another three-game series, this time against Colorado School of Mines.  The trip to Colorado is all too familiar for the Cougars because in February, the team played their very first games of the year against the Metro State Roadrunners. The team’s first games outside did not go as hoped, losing all three and having to stay an extra day due to the snow. “The team did not play like I know we can, the guys played nervous,” said Redshirt Sophomore Alex Robinson. “Mines is ranked 25th in the nation and can swing the bats pretty well, but I think this last week of practice was good for us. I think a different team will show up this trip and give them more then they asked for,” said Hieb.

“We lost a lot of guys last year, but we have had quite a few young guys step in and fill some roles. This team has been through so much already, dealing with the loss of Breckyn Montano, a freshman pitcher/outfielder and Luke Rysavy, a Redshirt Sophomore outfielder who blew out his ankle against the Roadrunners as well as a few players we were expecting to help us out, we lost due to other reasons. I think this team is the closest-knit group I have had so far, and it is fun to watch them compete together in practice and grind in the weight room,” said third year head coach Grant Hieb.

The Cougars arrived in Colorado late Thursday night, February 28, ready for the games Friday. Sioux Falls came out a little sluggish in the first game, falling 3-2 despite Ryan Bernardy’s two run home run. The second game did not go as hoped either, falling just short yet again 4-1. USF competed in both games but were still winless heading into Friday. The next day the Cougars came out on fire, jumping out to a 5-2 lead in the 5th inning. Mines being the number 25 team in the nation was not going to roll over, they scored 3 in the bottom of the 6th and 2 in the 7th to give them a 7-6 lead. USF bounced back in the 8th thanks to Josh Rawhaldt and company. They scored 4 runs to take the lead heading into 9th leading 11-8. In the bottom of the 9th with two outs Mines hit a walk of grand slam to win the game and sweep the Cougars. Although USF is returning from a second trip to Colorado without a win, there was a different fight and energy out on the field. They battled and never gave up. The future for the Cougars is looking brighter; with only room to grow. 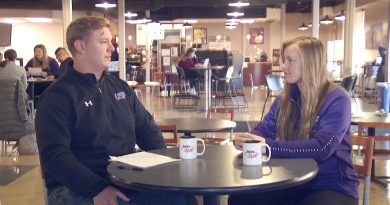 Track is off and Running

April 22, 2018 Cordell Wright Comments Off on Track is off and Running 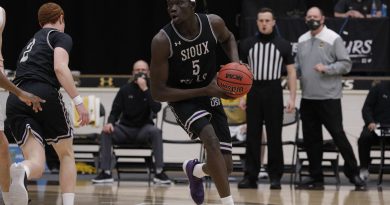