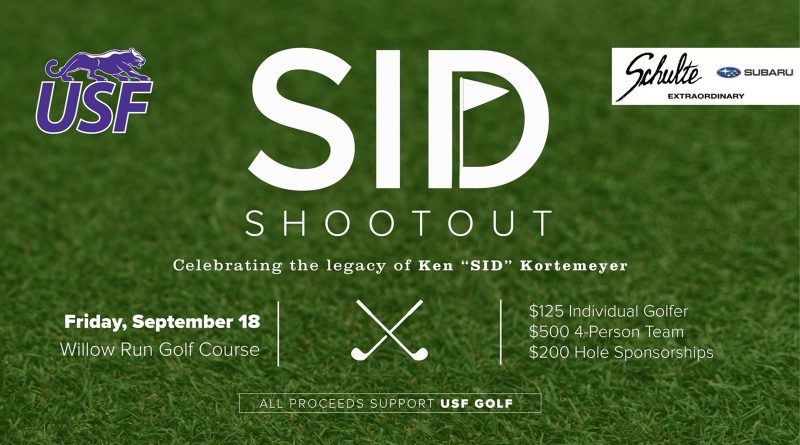 The SID Shootout is back this year as a fundraiser golf tournament for the USF Golf teams, as well as a chance for alumni and friends of the University to celebrate the legacy of SID. Ken “SID” Kortemeyer, “is USF,” according to Head Men’s and Women’s Golf Coach Tavia Rutherford, and if you’ve been around USF long enough, you know SID too.

On Friday, September 18th at Willow Run Golf Course in Sioux Falls, SD, anyone is eligible to sign up for a 4-person scramble golf tournament to raise money and have their chance at several pin prizes and free Coo gear. The entry fee is $125 for individuals and $500 per team, with hole sponsorships available as well to contribute to the fundraising efforts. This entry fee includes the round of golf with a cart, range balls, a boxed dinner after the round, and Coo gear.

This year’s tournament will feature many pin prizes along with a boxed dinner provided after play has concluded, to promote social distancing. The boxed dinner isn’t quite the premiere prize of the afternoon, though. According to Rutherford, who is organizing the tournament, “If anyone gets a hole-in-one on hole 16, they will win a Subaru car,” she said. “Also, every participant will receive a USF Titleist golf hat,” Rutherford added.

The namesake for the tournament is Ken Kortemeyer, known to many as “SID,” who has left his lasting impact on the University of Sioux Falls. The Sioux Falls College graduate of the class of 1974 stayed at USF for over 50 years, in positions such as Head Men’s and Women’s Golf Coach, Athletic Director, and his namesake, Sports Information Director. Kortemeyer has high hopes for this event, as he deemed it “the premiere event of the fall,” and due to the lack of sports around campus, it very well might be! Kortemeyer was also very gracious for being the namesake of this event, “It’s an honor to have an event named after you, and what happens is that a whole lot of friends show up,” he said, and SID surely has a lot of friends around the USF campus that will show up on the 18th. Kortemeyer has been known for his ability to bring his friends together, as he hosted his first tournament in 1989, named “SID’s Big Strapper’s Tournament”. This evolved from a casual get-together of guys to a fundraiser for USF in 1992. Due to his popularity, the SID Shootout will have a great turnout this year and for years to come.

If you are interested in signing up, head to the link at the bottom of this story! Organizers would prefer those interested to be signed up by the end of the day on Monday, September 14th. All proceeds benefit the Men’s and Women’s Golf Teams at USF. “We are looking forward to a fun day of golf, and we encourage anyone that is interested to sign up or contact us for more information!” Rutherford said. Get out there and support your Cougars! 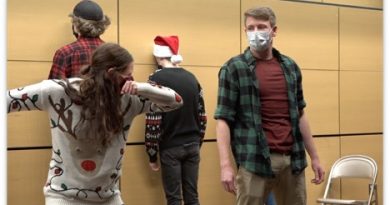