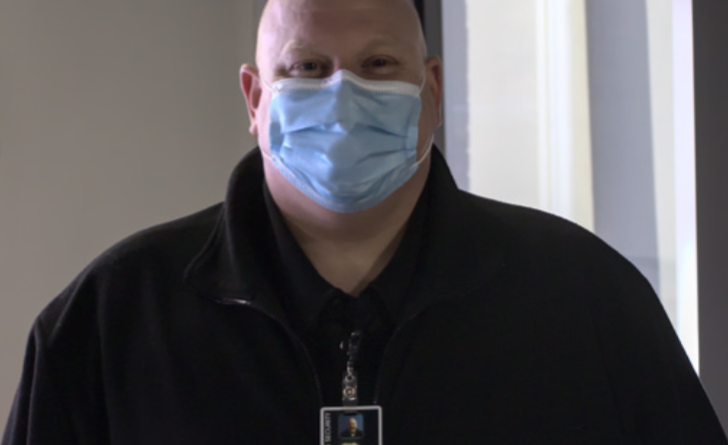 Sergeant Aaron Brown has been a part of the University of Sioux Falls Security team since 2017. As a sergeant, his job mainly involves overseeing officers, paperwork, and overall crew management. Before coming to USF, Sgt. Brown lived in California where he started out working as a mechanic before he decided to follow in both his mother and father’s footsteps and join the police force where he worked as an officer for 15 years.

Now, after moving to Sioux Falls in 2017, Sgt. Brown has been working hard to keep the more than 1,500 students attending USF safe, while also forming personal connections with them. “We really do have a good bunch of kids,” said Sgt. Brown “and I like interacting with them and getting them to know me as a person and not necessarily just [a security officer]”. When asked what USF students could do to help make the jobs of the security team easier, Sgt. Brown said “see something, say something” urging students to speak up if they see something potentially dangerous, because in his words “I’ve got two eyes and two ears, but the entire student class here outweighs me by that much with eyes and ears”.

Beyond his security work, Sgt. Brown likes to spend his time with his family and especially likes to go camping. Every year he and his family go on a big camping trip, often in the Black Hills where they 4 wheel, go on trails, and just “get lost in the day”. Sgt. Brown also likes carving wooden pipes, picking up the hobby back when he was a police officer in California. With his free time after his daughters are in bed, he occasionally goes out to his garage where he will carve, finishing a single pipe in around an hour or two because “It’s a good relief for stress sometimes.”

As mentioned before, Sgt. Brown likes connecting with students, so if you see Sgt. Brown around the USF campus, make sure to say hello, and thank him for the amazing work he does keeping the school and its students safe. 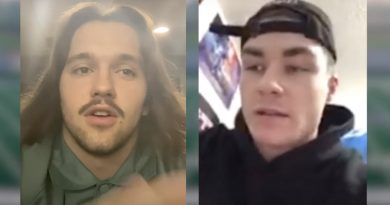 In the USF Music Studio – A film by Chaden Roggow