It may be the off season, but the football team is certainly not taking a breather.

Morning conditioning has been held every Monday and Friday since the beginning of the semester. The Cougars have about two more weeks before they put on pads for outdoor practice. Approximately 80 Cougars showed up in their gray team shirts at 6:00 Monday morning in the Stewart Center gym, ready to do work.
“We believe in getting stuff done . . .you wake up early in the morning and you go to work,” said Defensive Coordinator Tremaine Jackson. “That’s what people do, and that’s what we believe in.”
Conditioning was an hour and a half and consisted of warm ups, sprints, abs, change of direction drills, and several other calisthenics. There were eight stations set up along the basketball court and around the track, each lasting five minutes, and the players were divided into groups of 6-8 guys that rotated throughout the stations.
Sophomore Evan Gentry talks about the hard work that makes the Cougars the team that it is.
“It really is worth it to wake up that early. We do all our stuff as a team and that’s the first thing we do when we wake up. I think that’s part of what brings us closer together,” Gentry said. “We’ve been through it all. The more we go through together, the stronger we’re gonna get.”
Freshman Blake Kirsch tells College Week how he expected to be at the same level as anyone else when he came to school. He said it was a wake-up call but a worthwhile one.
“I love being with the guys and just having that sense of camaraderie,” Kirsch said. “Seeing the amount of work everyone else puts in only makes me want to be there even more.”
The Cougars will play their first spring game on Fri. April 24th right on their home field. USF’s first string offense will play against USF’s first string defense, O2 versus D2, and O3 against D3.
Jackson explains that the team’s ultimate goal is to be the first private school to win a national championship, and it’s something that the whole team believes is possible.
“We know it comes with hard work. We know it comes with commitment. We know it takes us loving each other in order to get where we want to go,” he said. “But make no mistake, the ultimate goal is to win a national championship.”

March 31, 2014 Editor-In-Chief Comments Off on March Madness at USF 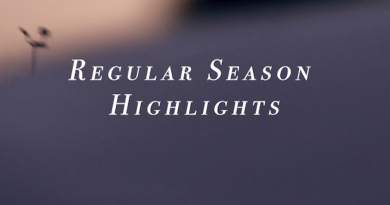