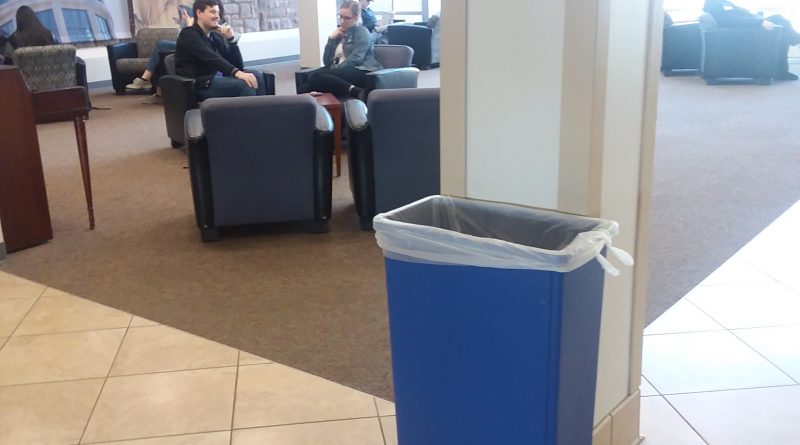 Within the McDonald Center at the University of Sioux Falls, students have been concerned with the situation involving garbage and recycling bins. Students say that there are a number of garbage bins with recycling labels on them. They are not all used for recycling, however. In fact, most are used as normal trash bins and there is a lack of actual recycling bins on the premises.

The concern was raised to the University of Sioux Falls Student Senate towards the end of the Fall semester. “Many students brought up the concern because they felt it was important to be intentional about recycling versus throwing away trash,” said Senator Whitney Reynolds. “There are students who want to recycle, but they don’t because the recycling bins are labeled incorrectly.”

According to the Director of Housing and Student Life, Andrew Porteous, USF is working towards addressing this concern. The university is purchasing new garbage and recycling bins. Students will finally be able to follow the direct purposes labeled on the outside of the bins. Porteous hopes this will effectively relieve confusion. Porteous says the new bins will arrive during this Spring semester.

November 10, 2015 Editor-In-Chief Comments Off on Call To Freedom

Prepare Ye the Way of the Lord

April 26, 2017 Editor-In-Chief Comments Off on Prepare Ye the Way of the Lord