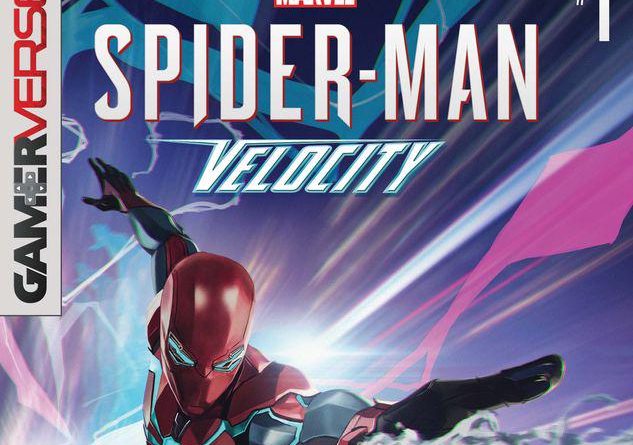 Hello readers!  I hope you’re all doing well on this fine Saturday morning.  I know I am!  The new semester is just around the corner, but I wanted to get a couple more reviews out before the term starts.  With that said, I’m very excited to share my thoughts with you about one of Spider-Man’s latest adventures!  Now that that’s out of the way, let’s get down to business.

On today’s review, I’ll be taking a look at the 5-issue miniseries, “Spider-Man:  Velocity”, written by Dennis Hopeless.  This story serves as the follow-up to “City at War”, which is the adaptation of the highly popular PS4 video game.  This story picks up approximately six months after the events of the last book and finds Spidey in a faceoff against Swarm, one of Marvel’s most obscure and ridiculous villains.  The battle doesn’t last long as Spidey is able to swiftly defeat him in the first few panels.  However, due to the fact that Swarm is literally a reincarnated Nazi made out of bees, Spider-Man’s suit takes a fair amount of damage.  This prompts him to look into upgrading himself.  This is the point where the story really kicks in.

Before I get too far, I should note that the entire point of this story is to showcase the Velocity suit, which is a suit that you unlock after completing a certain objective in the video game.  That’s the whole point here.  Thankfully, Hopeless is able to turn it into something significantly better than a fashion show.  So, the whole premise is that several locations throughout New York City are being “haunted” by a “ghost”.  Mary Jane, who’s a journalist in this universe, naturally wants to investigate.  During her first day of investigating, she goes to a fortune-teller because she believes that this might actually be a ghost.  I can’t say I blame her.  After all, her boyfriend is a superhero who fights super villains as a part-time job.  One would be inclined to believe anything if they’re in that situation.  Something that I find very clever is the fact that the fortune teller is named Quentin Beck.  Most Spidey fans will know that in most incarnations, Beck is a supervillain by the name of Mysterio, who uses special effects and trickery to make his crimes seem magical.  Having him be a fortune teller is an interesting twist, but one that I can totally believe.  Anyway, during her meeting with Beck, he and MJ are attacked by this so-called “ghost”.  After this, MJ is understandably traumatized.  Peter, however, remains skeptical.

Here’s where we get to the meat of the story.  Peter and MJ decide to go out for dinner to relieve some stress.  Though shaken, MJ remains determined to solve this mystery.  Because of this, the ghost strikes again, and this time Peter is there to witness it.  Here’s where things get interesting:  After several long conversations and some creative investigating it’s revealed that it’s not actually a ghost at all.  It’s simply a young girl who’s able to move faster than the eye can perceive.  She has super speed!  This provides Peter with an even better reason to upgrade.  Spider-Man may be quicker than the average human, but even he can’t move that fast.

Enter the Velocity suit.  An armored suit that enhances Spidey’s kinetic energy and allows him to move at the speed of light.  The only problem is the slowing down part.  Unfortunately, Peter doesn’t have time to worry about that now because this girl is going on a seemingly endless rampage.  During their first confrontation, things don’t go so well.  Even moving at light speed, Spidey gets his butt swiftly handed to him.  Fortunately, he’s been doing this long enough to know when an enemy’s trying to kill him or when they’re just lashing out.  This happens to be the latter.  Peter points out that this girl was just acting out of rage.  A little help from MJ and we find out that the girl’s father got the same abilities through a lab accident and passed them on to her.  Sadly, he was killed before she was born.  Apparently, the folks at Oscorp wanted to experiment on her father and he wasn’t so agreeable.  Thus, they offed him.

For the sake of avoiding spoilers, I won’t go any farther into plot details.  However, I will say that this is a fun and worthy follow-up to “City at War”.  No, it’s not quite as good as the previous story.  But it comes pretty close.  I give them credit though because there was no source material for this story other than the Velocity suit.  To come up with something original that’s set in a pre-established universe that people love is quite an accomplishment.  There are some wonderful story beats throughout, and I think, more than anything, this book is meant to show what could’ve happened if Peter didn’t have a role model like Uncle Ben to inspire him to do good.  It’s really a “two sides of the same coin” situation.  We’ve seen that dozens of times in Spidey’s history.  But something about this one just felt special to me.  If I were one to give star ratings, I’d give “Velocity” 4.25 out of 5 stars, whereas I gave “City at War” 4.5 out of 5 stars.    Not quite as good, but still a great Spidey tale.

Well, that does it for today folks!  What do you think?  Did I pique your interest?  I hope so.  As I said, this is a great story in my opinion.  However, if you read it, maybe you don’t feel the same.  Either way, I hope you enjoyed my review and that it gave you something new to think about.  As for what’s next, tomorrow I’ll be bringing you a complete look at Marvel’s mega “2099” event!  Believe me, you won’t want to miss that!  Until then, stay comical! 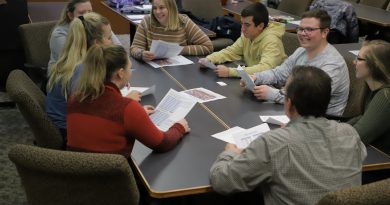 May 10, 2017 Editor-In-Chief Comments Off on Last Chance Dance