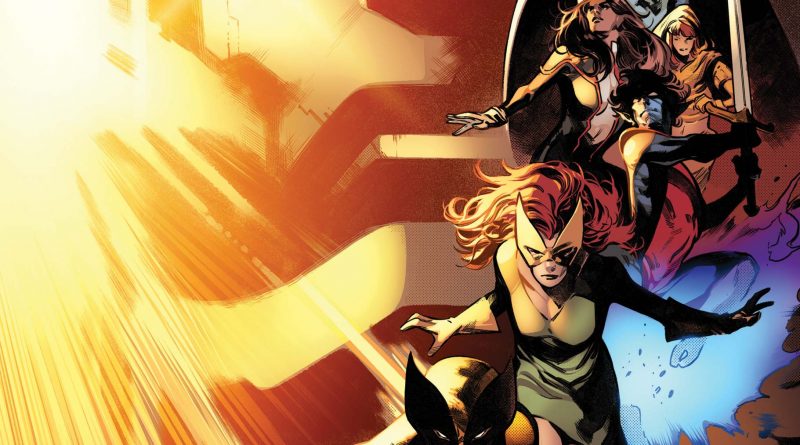 Hello folks! I hope you all had a good weekend and, yes, a good Monday as well! I’m getting the week started with a 2-in-1 review of the 3rd issues of “Powers of X” and “House of X.” Both books are halfway done at this point and the 4th issue of “Powers” is hitting shelves tomorrow. So, I figured I’d better get this out while it’s still relevant. Things are starting to get intense, so strap in!

Jonathan Hickman is continuing to revamp the X-Men in a relentless, yet brilliant, fashion. Both books will undoubtedly go down as one of the best stories in all of the history of the X-Men. Sure, the story can get dense and confusing at times. But Hickman is known for coming up with big ideas that don’t make sense at first and then paying them off later. We just have to have patience.

Now, here’s where we are at narrative-wise: “Powers” is showing us a future that’s 100 years out in which the machines have taken over and are at constant war with the mutants. The leader of this machine paradise is an indestructible being called Nimrod. That’s right. Nimrod. As ridiculous as it sounds, you DO NOT want to mess with him! He’s a human-nanotech hybrid who has evolved past the point of death. However, the key to his defeat is kept hidden away in his heavily guarded space station. It may be dangerous, but the remaining X-Men, led by Apocalypse, decide to launch a mission to get what they need to end Nimrod’s rule. A suicide mission if there ever was one.

This begs the question: “How did Nimrod come to be?” Well, the potential answer lies in “House.” The keyword here is “potential.” There’s a lot of time traveling and alternate futures going on between these 2 books. In “House”, Xavier and Magneto have discovered a machine called a “Mother Mold” being built in the outer reaches of space. This device, once activated, could become self-sufficient and evolve for the rest of eternity. It could also produce endless amounts of Sentinels as long as it’s active. This would mean the end of mutant-kind forever.  To prevent this, the current X-Men roster, led by Cyclops, embark on a mission to destroy the space station where the Mother Mold is being constructed.

Here’s where things get tricky. That space station is inhabited by hundreds, if not thousands, of ordinary humans. The mutant population is increasing at such an exponential rate that they could one day become the dominant species on Earth.  The humans up there are building a device that could save their race. It’s just a matter of survival.

This is when the story gets intense. We’re being made to believe that both sides of this conflict are in the right. They’re both justified in their actions. Hickman is really proving his chops as a writer here because he’s forcing us to make an impossible choice. You’re meant to feel for both sides because neither one is carrying out their actions out of anything personal. They merely want to survive to make a better world for future generations. Honestly, I don’t know if I can make this choice! At least, not in good conscience.

I want to backtrack to the timeline issue for a moment. Remember when I said the keyword was “potential?” Well, I’m beginning to wonder if the future being presented in “Powers” is an alternate future or the future that is set in stone. It’s not clearly stated and that’s intentional. If we know one way or the other, then it takes all the suspense out of the story. I’m glad Hickman is keeping it under wraps right now. Heck, the answer might not even be revealed at the end of these series! After all, Hickman is known for dragging things out as long as possible. Just look at 2015s’ “Secret Wars.”

Well, I think that’s a wrap for this one. Hopefully, you learned something from this. My 2-in-1 X-Men reviews will continue when the 4th issues of both books are released. For now, you can look forward to some more Spidey and “Absolute Carnage” in the near future. Until next time, stay comical!

Worship Isn’t Only for Sundays

October 25, 2016 Editor-In-Chief Comments Off on Worship Isn’t Only for Sundays 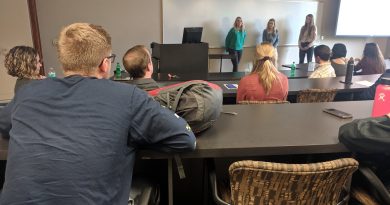 Serving Outside the USF Community

May 15, 2016 Editor-In-Chief Comments Off on Serving Outside the USF Community