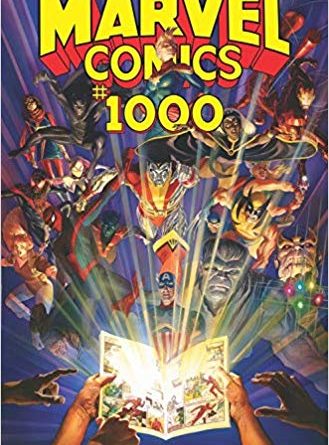 Happy Thursday, readers!  I hope that you’ve all been having a good week.  I’m back today with a bonus review of one of the biggest landmark issues Marvel has ever published: “Marvel Comics” #1000!  A celebration of Marvel’s 80th Anniversary featuring nearly every character in their library.  This book is a few weeks old at this point.  But, with the lack of fresh comics in my hands, I figured there’s no better time to get this review out into the world.  Now, enough babbling!  Let’s get started!

“Marvel Comics” #1000 is written by ……over 130 people!  Yes, you read that right!  Listing all the contributors would be an entire article in itself.  Just know that they’re all the best in the industry.  Not only is this book a celebration of the last 80 years of publishing.  It also sets up a new mystery that will be uncovered next year.  What is it?  Writer Al Ewing has introduced a new artifact called “The Eternity Mask”.  It’s a relic that’s been around since the Crusades.  The Mask grants the wearer increased strength, great wisdom, and precision fighting skills, no matter how old you are.  Though it doesn’t grant you invulnerability or make you immortal.  That’s why there have been so many different wearers throughout the centuries.

I’m afraid I got ahead of myself a bit there.  Let me tell you what the comic actually is.  This book goes through every decade of Marvel’s history with several short stories for each one.  It covers everything from Marvel’s earliest years publishing Western-genre comics to where they are currently.  And the cool thing is that each story is only one page.  A neat gimmick that I assume is the result of Marvel wanting as many contributors as possible while still keeping the comic a reasonable length.  It’s already 96 pages.  Any longer and it would be the length of the standard $14.99 paperback collection.  Plus, having that many writers and artists give it that extra appeal for buyers.

So, I’m not going to go through all 96 stories because A) the article would be too long and B) I can’t remember them all.  Just being honest.  However, I will highlight a couple of my favorite stories which are, of course, Spider-Man related.  And don’t worry!  I’ll be taking a closer look at the mystery of The Eternity Mask too.

The first story I’ll highlight is titled “The Route”.  Spider-Man is speaking directly to the reader almost as though he’s being interviewed.  He goes on to say how he’s never been asked what his route is when he goes on his nightly patrol.  He says that everywhere he stops, his spider-sense gives him a different sensation depending on what sort of event occurred there.  I won’t spoil anything.  All I’ll say is that the stops that he makes are very important places in Spider-Man history and that any fan, no matter how big, should know well.  The story is a good look at the pain that Spider-Man feels every day and how he covers it with a perky attitude so that the normal people don’t lose faith in him.  It’s sort of heartbreaking, in a way.

The next story, also Spidey related, is called “Because of Her”.  The title might be cheesy, but the story got to me.  The entire thing is Mary Jane giving a post-mortem speech about Gwen Stacy on the anniversary of her death.  For those who don’t know, Gwen was Peter’s first real girlfriend for many years in the comics until she tragically died after being thrown off the George Washington Bridge by the Green Goblin.  Spider-Man caught her with a web.  Unfortunately, she was falling so fast that when the webbing caught her it snapped her neck.   Since Gwen was already unconscious, we’ve never been sure if the Goblin already had killed her or if it actually was the snapped neck.  Still, it’s a burden that Peter has carried with him ever since.   Although Peter wasn’t the only one affected deeply by this.  As this story shows, MJ also cared deeply about Gwen.  Mary Jane was a party girl in college, and she didn’t really do the whole “best friends” thing.  Gwen was the one who sort of opened that shell.  After Gwen died, MJ realized it was time to grow up.  That’s why she stuck with Peter while he was mourning, even when he tried to push her away.  She didn’t do it just for him, but for Gwen as well.  MJ knows that’s what she would have wanted.  It’s a beautifully written story that paints a side of MJ that we don’t often see.  A side that’s filled with sadness and regret.

Finally, on to the big one!  What exactly is The Eternity Mask?  All we know so far is that it’s been passed down from generation to generation and that it grants the wearer strength, wisdom, and fighting skills.  Beyond that, it’s still a mystery.  The only three people who knew anything about it have long since passed.  Thankfully, Ewing leaves us with several clues to try to put the puzzle together.  Perhaps the biggest is the reveal of the cosmic entity known as Eternity, whose essence created the Mask.  But why?  And who is the mysterious “Black Raider” that was teased at the end of the issue?  We’ll have to wait until 2020 to find out.  But I can tell you right now that this mystery has me locked in for whatever comes next.  I’m so excited!  So many times, in the past Marvel has promised us a huge mystery with a reveal that will change everything and the majority of the time the reveal is lackluster.  But this feels different.  This feels like Marvel has put all their chips on the table and aren’t holding anything back.  This, to me, feels like the makings of an epic story.  I can’t wait to see where it goes.  Thankfully, we’ll get another clue later this month in the final issue of “Marvel Comics”.

Now, this book is filled with so many other gems!  Every Marvel character that you can think of is here!  Though I think I’ve touched upon what’s important to me at least.  Just know that, if you’re a Marvel fan, this is worth picking up because there’s something here for you.  If the mystery doesn’t get you, something else will.  That’s my personal guarantee!  So, yeah, I recommend this!  Go get it!  But, that’s it for this one.  Until next time, stay comical! 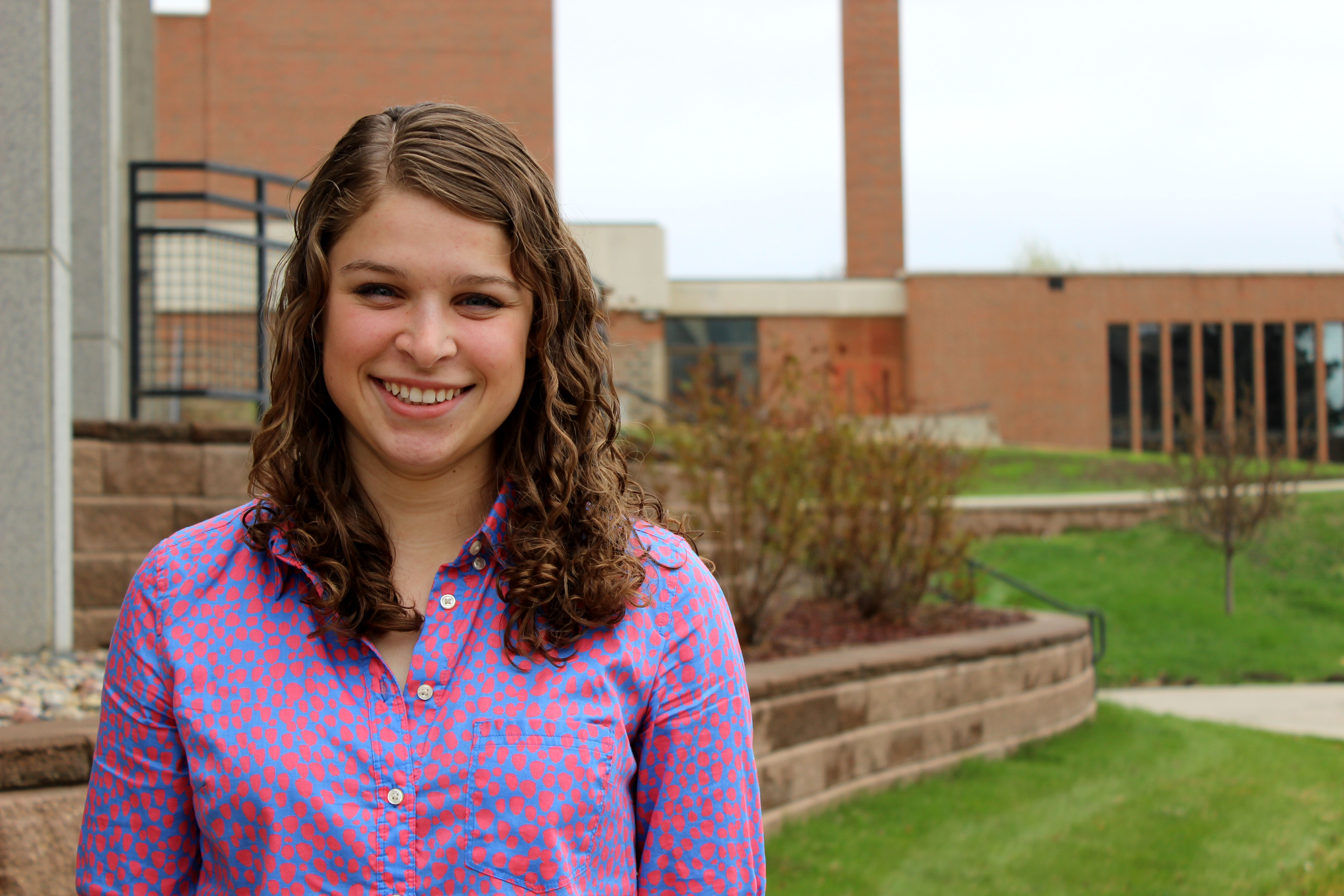 May 6, 2014 Editor-In-Chief Comments Off on Meet Your New Student Senate President