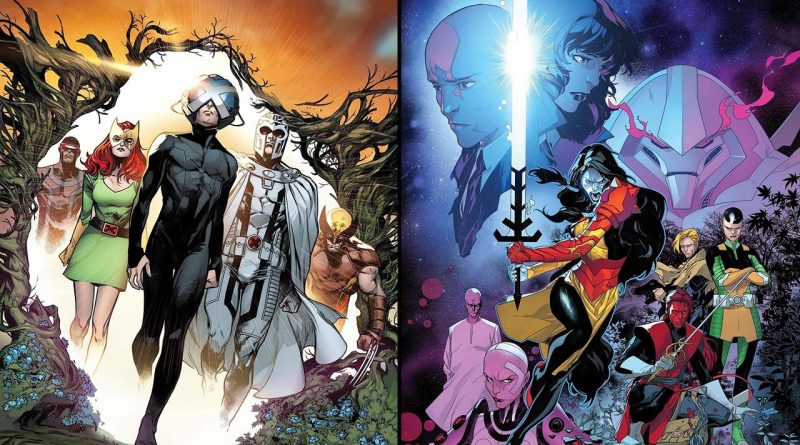 How’s it going, everybody?!  I know what you’re all thinking:  “Didn’t he just write one of these a few days ago?”  Yes, I did.  Hopefully, you enjoyed that post.  Today, however, I’m back with a review of the first issues of two new Marvel books, “House of X” and “Powers of X” (the X in the second title is Roman Numeral 10).  I’ve been super excited for these books ever since they were announced a few months ago!   Why?  Well, I’ve never been much of an X-Men fan outside of the movies, so these new books are a great chance for new readers to jump on.  I’m getting ahead of myself.  Let’s save the logistics for the actual review which is coming up right NOW!

“House of X” and “Powers of X” (10 remember) are two companion books written by Jonathan Hickman in an effort to bring order back to the continuity of the X-Men.  You see, for the last 10 – 15 years, the X-Men books have really caused a lot of confusion among the readers due to their lack of continuity and/or quality.  They haven’t been streamlined, in other words.  These two new books represent Hickman’s attempt to streamline the X-Men and bring them back to the forefront of Marvel Comics.  And honestly, I can’t think of a writer better suited to do just that.  Be warned though, these comics are incredibly dense.  Hence the extra pages and higher cover price.  Each of these is only six issues adding up to 12 issues total.  The X-Men proper books, two of which will also be written by Hickman, will kick-off after this 12-issue story is over.

First up is “House of X”.    What Hickman does here is very interesting because right away he reestablishes the mystery of the X-Men and mutant-kind as a whole.  The first thing he does is bring back the mutant paradise island of Krakoa.  We haven’t seen that place in many, many years.  Well before I started reading comics.  However, the interesting thing about this is that the version of Krakoa that we’re presented with here is more akin to the version from the long-dead Ultimate Universe.   So, we have to ask the question of whether or not this place is real or just a mass illusion brought on by Charles Xavier, the founder of the X-Men and one of the most powerful telepathic mutants ever.

Speaking of Xavier, he might just be the biggest mystery of this book.  Why?  Well, there are many reasons.  The most obvious of which is his appearance.  He no longer has his wheelchair and he wears a giant dome on his head with a giant X where his eyes should be.   The dome is undoubtedly supposed to represent a mobile version of “Cerebro”, the device that Xavier has long used to amplify his powers to a global level to find or communicate with certain individuals.  It’s a fashion statement for sure.  But perhaps the most disturbing thing is his behavior.  At the beginning of the issue, we find out that Xavier has reached out to all the governments of the world with an offer.  What is that offer?  Xavier has claimed that he has seen the future.  The downfall of humanity and the rise of mutants.  Apparently, this will all happen in 20 years.   We can either ride out those 20 years together with what he has to offer.  Or, it can all end by force right here and now.

That’s very out of character for Xavier.  Ever since his introduction, he’s always been a man of peace who would rather co-exist with humanity rather than wipe them out or rule over them.  The idea that he could just willfully exterminate us with one fell swoop is a complete left turn from what he’s always been.  So, the question is:  Why?  You could argue that he’s tried for decades to live peacefully with us humans and it hasn’t worked so now he’s just frustrated and has decided to eliminate us.  That’s the logical assumption.  It’s also the most obvious one.  But Hickman has never been one to make his reasoning or solutions obvious.  No matter how many times you read his books, nothing becomes clear until the very end.  Sometimes not even then.  There’s also the whole mystery of Krakoa itself.  There’s something off about that place that we aren’t seeing.  Everything is just slightly out of place and it’s not made clear as to why.  We, the readers can sense it because the first tip is there is an image of Wolverine laughing and playing with children.  He doesn’t do either of those things.  It’s just subtle enough that the world’s ambassadors who visit don’t notice.  All they see is a mutant paradise that seems to have popped up overnight.  I believe that’s called dramatic irony.

So, what’s going on here?  We won’t know the full truth probably until the very end of issue #6.  But my running theory right now is that maybe Xavier is putting up the X-Men and the island of Krakoa as one big mass illusion.  Perhaps we’re seeing what he wants us to see.  That way we will willfully submit to the mutants without fully realizing it.  I won’t say too much more about the story lest I spoil it.  But that’s my leading theory right now.  Though there are a handful of other ways this could go.

Moving on to “Powers of X” (10, last time).  This is a clever title because the series will tell four different stories across four different points in time with each time jump being to the 10th power.  So, to set it up for you, we start off ten years ago, then we jump forward a decade to the present day with the story on Krakoa, then we jump to 100 years in the future where there’s a war going on between humanity, machines, and mutants. Finally, we jump 1,000 years in the future where mutants have achieved godhood. Basically, we have four stories across four time periods.

That’s the timeline in a nutshell.  The mutants rose from being oppressed to be a dominant species, then back to near extermination, and then finally ascending to be their own sovereign race.  That’s a very compelling, yet somehow tragic, story that Hickman has put together.  If this future stays intact, it means that mutants and humanity will never be able to find common ground.  It’s very disheartening if you think about it because when Stan Lee created the X-Men they were meant to be a blatant allegory for racism.  That’s a problem the real world still faces nearly 60 years after the fact.  Hopefully, the real-world future isn’t as bleak as this fictional one.

I think the problem being posed here is whether this future can be avoided in exchange for a better one.  Hickman does love to mess with space and time, so it wouldn’t surprise me if the overall conflict is attempting to alter fate.  Or, maybe the whole point here is that we have to hope for the best and then deal with what we get. that’s true in life too.

I dare not say too much more because every plot point that I could discuss would be spoiling something.  All that I’ll say is that there’s a lot to explore and every plot is so essential that you must pay attention to everything.  That’s true for both books.  If you miss a sentence or even a word, you will be confused.  That’s why these series are so different from most others.  If you’re quick like me, you can get through an average comic in 15 – 20 minutes.  YOU HAVE TO TAKE YOUR TIME with these books.  With how dense and beefy they are, they merit 45 minutes to an hour each at least.  Believe me, it’s worth it.  These deliver on every level for old fans and new ones alike!  If you have even the slightest interest in the X-Men, give these a read.  You won’t regret it!  Anyway, I hope you enjoy this and be sure to come back next time because Carnage is coming to the Marvel Universe!  Stay comical!

Library Workers Give USF Students a Tour of Mears

October 4, 2015 Editor-In-Chief Comments Off on Library Workers Give USF Students a Tour of Mears 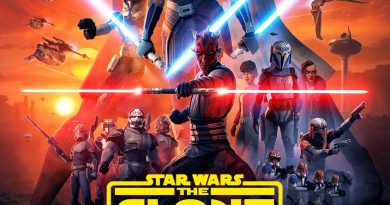 May 8, 2020 Baily Vis Comments Off on Comics Cornerstone Special Edition: So Long and Goodnight 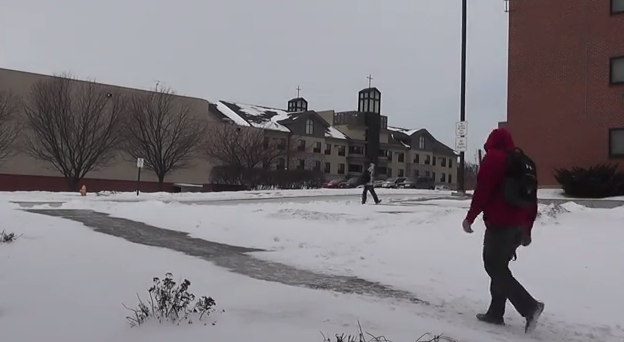