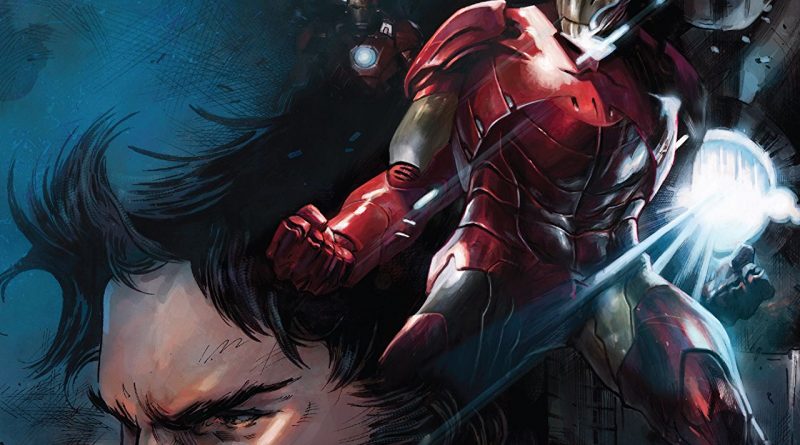 Salutations everyone!  I hope you’ve all been doing well.  Today, I have a review of the first 11 issues of “Tony Stark:  Iron Man”.  I know this series has been going on for about a year now, but, if I’m being honest, it wasn’t that high on my list of books to review.  Although I’m glad I’m finally getting around to it.  Before we begin though, I should address a concern that some of you may have.  You’ll notice that almost all installments of this blog have focused almost entirely on Marvel books.  Why is that?  Well, if you have a limited budget like me, you have to pick and choose your preferred books.  Since my love of comics starts and ends with Marvel, that’s where I choose to put my money.  I know a lot of you would like to see some DC content on this page and I promise that will probably happen.  It just might not be me who writes the words.  I’m thinking of trying to get a second writer on board the blog to handle the DC and independent comics.  No guarantees, but we’ll see where it goes.  Now, enough babbling!  It’s time to see what Tony Stark has been up to.

“Tony Stark:  Iron Man” is written by Dan Slott of “Amazing Spider-Man” and “Silver Surfer” fame.  Slott follows up a very successful, if not brief, run by Brian Michael Bendis on “Invincible Iron Man” in 2015.  This new rendition of the book brings Tony back from an extended coma that Captain Marvel put him into at the end of 2017’s “Civil War II”.  Even though Tony has returned to the land of the living, he can’t shake the feeling that he didn’t quite come back right.  Although he doesn’t let the public know, the quiet, more intimate moments are when you can definitely tell that something is on his mind.

Slott brings back nearly all of the supporting characters from the previous run, including Tony’s biological mother, Amanda, as well as a few new additions to the cast.  Let’s take a look at some of the returning characters first.

Now that we’re properly reacquainted with the old favorites, let’s turn our attention to the newbies.

Now that we’re all caught up with the cast (for the most part), let’s get to the meat of it.

So, here’s what I’ll say first.  These first 11 issues are pretty great.  Granted, it does take until about issue #5 for things to really pick up.  But, after that, I would argue that it soars!  However, it hasn’t been grabbing me as much as Bendis’s run did while that was still going.  I’m not sure if it’s the story or the more “stock image” looking art.  I can’t place it.  Something about it just isn’t clicking the way it should.  But I’m getting ahead of myself.

We start off with Tony being fresh out of a coma and void of any hair whatsoever.  Why?  Well, after years of tinkering with his own biology to keep making his suits better and better, this shouldn’t be a surprise.  You see, while he was out, his body basically went through a hard reset because of the damage he sustained at the hands of Captain Marvel.  Basically, his body remade itself.  Thankfully the hair loss is only temporary.  For the first issue though, he’s wearing a wig and a fake mustache so he doesn’t alarm the public.  How else is he supposed to keep his image up?  Sure, this is a little cheesy.  But it’s exactly what readers should expect from Slott and it’s also what the book needed after how dark in tone the previous book was for its last 6 months.  Fans of Iron Man wanted a breath of fresh air and that’s exactly what we got.  So, I can’t complain too much.

And then there’s the whole storyline with Jocasta and the other robots at Stark Unlimited.  Although it’s never been established to my knowledge, Jocasta is suddenly an advocate for robot freedom and the leader of the Equal Rights for Robots movement.  Although it can’t really be called a movement if there’s only three people:  Jocasta, Machine Man, and Friday.  Although you could argue that Machine Man’s only part of it to get on Jocasta’s good side.  After all, he is desperately in love with her.  It’s kind of creepy, to be honest.  Anyway, this subplot changes tone a lot in this series.  So much so that I wonder sometimes if Slott really knows what he wants it to be.  Sometimes it’s a deadly serious topic.  Other times it’s an off-hand joke meant to make fun of the robots.  And they really did Friday an injustice here.  Previously, she was a sarcastic redheaded hologram who wasn’t afraid to take charge.  Now, she’s a claustrophobic whiner who’s afraid to stand up for herself in any meaningful way and who’s sarcasm just comes off as a joke.  It’s not the kind of sarcasm where she makes good jokes.  It’s the kind where her sarcastic personality literally comes off as a joke.  Such a shame.

There are two main plot points in this book:  1) Tony’s virtual reality program, The EScape and 2) the question of Tony’s humanity.  So, The EScape.  It’s basically an allegory for how the internet operates today.  You have the super nice people and you have the trolls.  The EScape takes it to the nth degree.  It’s a virtual reality program that allows you to go in and be whoever you want and go wherever you want.  Literally.  It’s a one-to-one replication of the real world and every fantasy world known to man.  Tony designs it to be the ultimate recreational tool and, as per usual, it turns into something horribly dangerous.  And, you could say that Tony designed it for himself as an escape from his own problems.  He’s got a lot of things on his mind, one of which I’ll get to in a little bit.  The EScape is literally the perfect comparison for how conflicted the internet currently is.  You have nice people who just want to have fun and be friendly to everybody.  Then you have the trolls/hackers who are simply there to provoke people and push the limits of the platform they’re currently in.  And then you have the moderators in charge of keeping the peace and kicking the trolls out.  Sure, it’s heavy-handed.  But that’s why Slott is the perfect writer for Iron Man right now because something like The EScape can only work in Iron Man.  It’s a perfect pairing if you ask me.

Here’s where we get to the second main plot of the book so far.  Around the issue #6 mark, we start to delve into the problematic relationship between Tony and his mother, Amanda.  There’s been tension between them lately because Tony’s been so busy as Iron Man and with rolling out EScape that he hasn’t had time for his mother.  They get into an argument and, to relieve his frustrations, Tony goes into the EScape.  So, what does Amanda do?  She follows him of course.  Then, a long series of events take place that involves The Controller and Tony, as Iron Man, and Amanda both end up locked in The EScape (literally) and separated from each other.

During that time, Tony has a confrontation with his adopted mother, Maria.  Obviously, she’s just a virtual simulation.  However, due to some nefarious tinkering on her part, Tony is reverted back to his pre-Iron Man days and is once again an alcoholic playboy.  Now, no one in the real world knows this because all they see is an Iron Man suit that refuses to release an unconscious Tony.  He’s completely trapped.  Thankfully, Amanda is able to find Tony in The EScape and, with the help of an unwilling Machine Man, is able to release Tony from Maria’s control.  Unfortunately.  This comes with a devastating reveal.  Tony isn’t Tony!  Here’s what that means:  During the coma, Tony’s body totally rebooted itself, remember?  What that means is, due to years of genetic tampering, there’s nothing left of the original Tony Stark.  The individual that this book follows has the appearance, personality, and all the memories of Tony.  But genetically, the real individual is gone.  This person is a walking, talking simulation of Tony Stark.  Confusing, I know.  Although that explains why Tony didn’t feel quite right when he woke up. Thankfully, Tony escapes physically unscathed.  Though mentally, not so much.  Amanda, on the other hand, had to be forcibly removed from The EScape, resulting in her being in a coma.  That’s where we leave off at the end of issue #11.

Now, I can go on and on with all the different subplots and character appearances, but that would be another few pages at least.  And I went over enough of the vitally important stuff to give you an informed opinion.  Now, is this Slott’s best work?  Not yet.  Maybe it never will be.  But it’s a worthy follow up to “Silver Surfer” and “Amazing Spider-Man” and it suits Slott’s writing style perfectly.  I can definitely give it a solid recommendation and I have no doubt that it will appeal to almost every Iron Man fan.  Check it out!  Before I sign off, I want to tell you that there’s some very exciting stuff coming down the pipe.  I won’t say what just yet.  But expect a lot more frequent reviews coming from me very soon!  Stay comical! 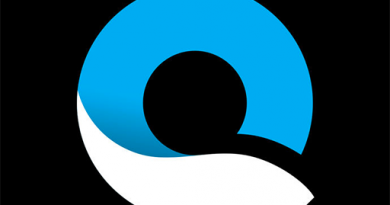 May 4, 2020 Apolonia Davalos Comments Off on Create and Share AMAZING Memories with GoPro Quik

School’s Out, Coo’s Out 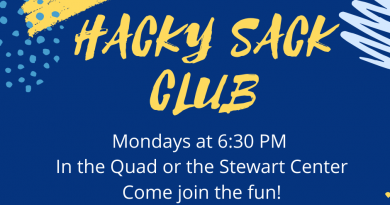 May 13, 2020 Nancy Sutton Comments Off on University of Sioux Falls Hacky Sack Club