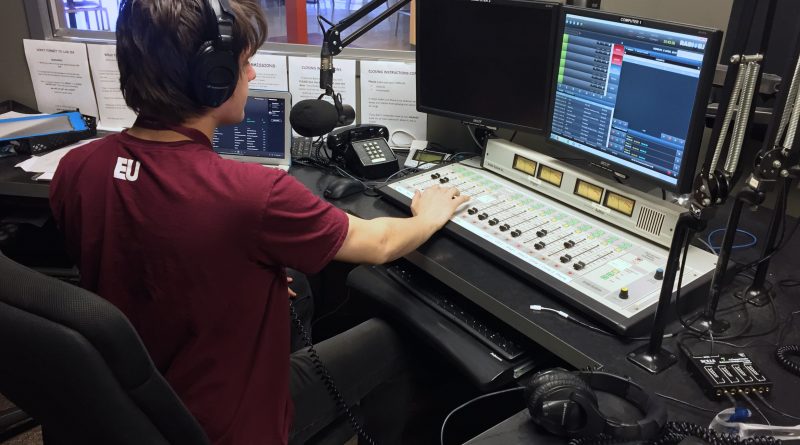 KCFS Radio is the University of Sioux Fall’s student operated radio station. Students get the chance to operate the radio for a time slot and play music or host a talk show. 20 current USF students produce their own shows this spring semester. The radio studio is part of USF’s media program but accepts students from all degree majors.

The radio is supervised by USF student Radio Managers Hannah Wold and Grant Sweeter. “We help out the people that need help. If there’s a mechanical issue, we’ll fix that. We’re in charge of the radio lab hours and adding new songs. Basically, just keeping an eye on the radio lab,” says Sweeter. This is Sweeter’s second year as the Radio Manager.

The number of DJs has grown this semester. About half of the DJs are receiving credit as a part of their Media Studies degree. “We have a lot of freshmen and sophomores that are joining and that’s really exciting, it really is. For me, the last couple of years I’ve been a part of it, there’s time with a lot of empty spaces. So, this year to see the calendar as full as it ever is, people that are joining are not just taking one hour, they’re taking many hours,” says Sweeter. The radio studio is also filling up with students who are volunteering for fun without any class credit. Sweeter also says, “People realize it’s fun to DJ and do radio stuff like that. I think the online atmosphere makes it easier too because there’s less pressure for people. If you make a mistake, it’s okay.”

Students have access to thousands of songs in the studio’s radio program. DJs can also play music off of their laptop or phone. Many have even shared their show on social media to let others know when they are on the air.

Ethan Roggow is one of the DJs this semester. “I really enjoy it because it involves music and I really like music, that’s kind of my passion. I really enjoy sharing music with other people,” says Roggow. Radio DJs are welcome to play whatever style of music they want as long as the lyrics are family friendly. Ethan plays music during his show with his brother. “We grew up on Rock music so a lot of the stuff we play is rock. Sometimes we put in cool little playlists. Sometimes we’ll play some deep cuts, sometimes we play the classics. We try to have a variety but a lot of it is Rock,” says Roggow.

Studio hours may be filling up, but there is room for more. If you are interested in hosting your own show on KCFS, you can contact Hannah Wold or Media and Visual Arts Professor Nick Poppens. 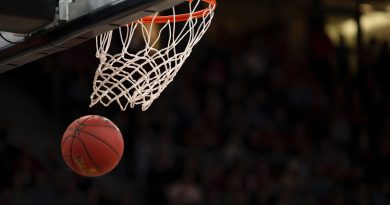 October 5, 2015 Jacob VanEngen Comments Off on USF Slides Into Fun