The Sioux Falls Adult Soccer League is only one example of an organization struggling to find playing space this winter. Avera recently announced plans to add another facility that they are calling the Human Performance Center. Currently, Avera has two sports locations including the Avera Sports Dome and the Avera Sports Center. These facilities are heavily used, and Avera has recognized and started to address the situation. With the new facility being built, teams in Sioux Falls hope the struggle for space will come to an end.

Jen Slater Unruh, director of the Sioux Falls Adult Soccer Leagues, has had to turn away teams this winter due to the lack of availability at Avera’s Sports Dome. Despite the struggles Unruh remained positive. “Avera has always been good to us,” said Unruh. She hopes that the new facility will create open time slots at the Sports Dome where the soccer leagues play.

The Human Performance Center will begin to be built in the fall, and the planned opening is December 2019. The new facility will be an add on to Avera’s campus at 69th and Louise. Inside the Center, along with regular workout equipment, will be seven volleyball courts. Also in Avera’s plans for the facility are new basketball courts; although a timeline is not set for this development. It is yet to be seen if the new facility will completely solve the struggle for space, but players say it is a step in the right direction. 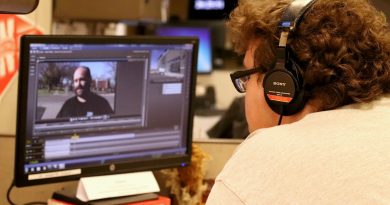 May 9, 2019 Editor-In-Chief Comments Off on How to get a Production Assistant Job at a local TV Station

All Because of the ‘Jesus Washing His Disciples Feet’ Statue

November 21, 2017 Editor-In-Chief Comments Off on All Because of the ‘Jesus Washing His Disciples Feet’ Statue

August 24, 2020 Editor-In-Chief Comments Off on Outdoor Activities During Corona