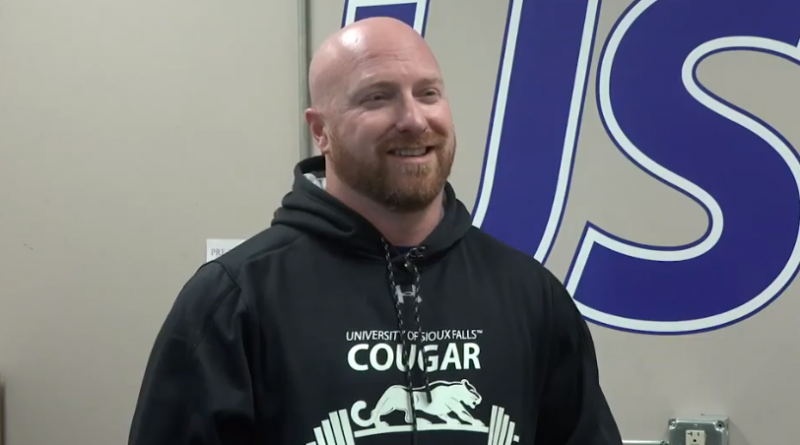 University of Sioux Falls Coach Zach Mathers has been playing a huge role in the success of many student athletes. Mathers is the Director of Strength & Conditioning/Head Athletic Trainer and has held that position for nine years. He says the community, love, and the great atmosphere have kept him going over the years. Coach Mathers has been blessed with the opportunity to work with not only incredible athletes but also incredible young women and young men.and all the coaches and administration he works with. He says the community has been great to him as he prepares athletes for competition. Coach Mathers said, “The number 1 thing is our athletes that we are fortunate to have.”

Before Coach Mathers came to USF he had a number of positions that could have turned into careers he could have pursued.  The Center for Neurosciences, Orthopedics, and Spine (CNOS) in Dakota Dunes was one of those positions. Coach Mathers said, “I wore a lot of hats there.” He says he uses what he learned there as he trains athletes at USF. However, the biggest things that he learned besides basic experience was communication and time management.  He has to learn to be efficient and do things right the first time. Mathers said, “If you didn’t have time to do it right the first time you sure wouldn’t have time to do it right a second go around.”

In addition to his degree in Athletic Training, Coach Mathers also played football. He did consider coaching as a profession, but training won out. Coach Mathers’ Dad was a long time football coach, softball, basketball, track and Assistant Director. This made Coach Mathers consider following in the footsteps of his father and becoming the “next best coach ever”. He played a role in helping his dad coach softball for a couple of years and volunteered on his football staff right out of college. However, at the end of the day he fell back to his experiences with training and wanting to help athletes get back from injuries. This then led to the strength world, but some day when he becomes too old to be on the floor guiding strength programs he hopes to get back to helping injured athletes rehab and return to play.

With the help of the athletes, the competition, people, the community and the challenge it has helped Coach Mathers enjoy his time here at USF for more than nine years. Although Coach Mathers is satisfied with his job, he plans to improve each and every day.

April 6, 2017 Editor-In-Chief Comments Off on Students Create Fitness Opportunities for Other Students 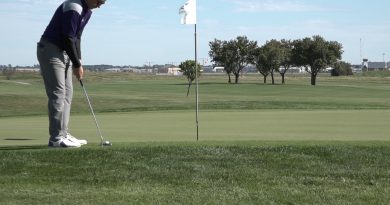