Student Life
November 21, 2017November 8, 2018 Ellie Herman 1638 Views CAB, Cougar Activities Board, Cupcake Wars, Cupcakes, university of sioux falls, USF, Vessel Online
The Cougar’s Activity Board has recreated the hit TV baking competition Cupcake Wars for students to bake away in the heated event, Battle of the Cupcakes.
Delicious smells fill the air as students test their baking and decorating skills in a new event called Battle of the Cupcakes. Cougar Activities Board member, junior Kelsey Bageant first brought this sweet competition to light last year.
“So for my position I’m the showcase coordinator,so I showcase a lot of the students’ talents. But a lot of the time, that just ends up being singing or dancing. So this was a new event that we got to create to have baking and maybe then we can have cooking later,” Bageant says.
In this fun and friendly competition, five bakers showed up with cupcakes and frosting in hand ready to decorate in front of their peers. Each of the bakers had a chance to show off their baking skills and creativity with their decorating. Junior Clara Koerner, one of the competing bakers, made sure her cupcakes were prepared in time.
“I made an orange cupcake with an orange curd filling inside, and then put strawberry frosting on top. So I had like 15 minutes between a couple of my classes where I made the frosting. Then I had another hour that I had to make the cupcakes and then I had to leave again. Then I had another one or two hours to make the curd filling inside and let that cool and put it all together,” Koerner says.
To top it off, students got to try the cupcakes and vote on which cupcake was the best.
“The winner does get a prize. Since I ended up with, I think I have six [bakers] right now. I’m going to have a first and second place that will get a cash prize,” Bageant says.
“I felt like I was on a baking show, and I love baking shows, ” Koerner says.
Everyone wins after eating such delectable treats.
In this bittersweet ending, not all the students could win the battle, but their sweet tooth was satisfied in the end. 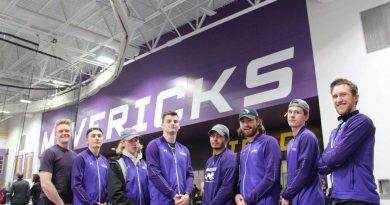 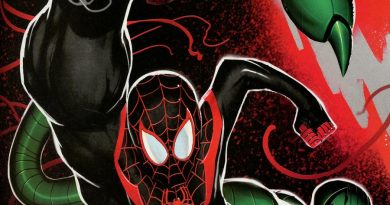 Comics Cornerstone: Miles Morales is No Longer Spider or Man. He’s a Servant of Carnage!

November 7, 2019 Baily Vis Comments Off on Comics Cornerstone: Miles Morales is No Longer Spider or Man. He’s a Servant of Carnage!