With the crowd in high spirits, students hit the high notes and let their voices shine at USF’s rendition of American Idol.  Although this is only year two for USF idol, this did not stop students from getting involved. Students kicked off the first round of the competition on Monday, October 26.

USF idol is an element of the Cougar Activities Board or CAB.  Sarpong explained that the purpose of USF idol is to showcase the talents of students, as well as to get more students involved.

“This year we have eight contestants. There were thirteen [students] that tried out and we had to narrow it down to eight,” said Keisha Sarpong.

The contestants had to select a song from the early 2000s in accordance with this year’s theme. USf idol is composed of four rounds and for the next three weeks students with belt it to their favorite songs with the hopes of winning the grand prize of one hundred flex dollars.

This year Sarpong was in charge of running USF idol, from running auditions to selecting this year’s panel of judges. “We run it similar to American Idol, so there are three judges,” said Sarpong. This year’s judges included USF students Bryce Wildenauer and Travis Balt,  as well as Admissions Counselor Kari Lena.

Despite nerves, students still impressed the audience. “I thought it went pretty well, I hit all of the hard high notes,” said contestant Jacob VanEngen.

The final winner will be chosen during the fourth round of competition on Monday, November 16.  Stay tuned to see which USF Cougar will dominate the competition with their musical talents and take home the grand prize. 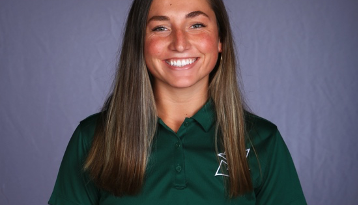 A life-changing decision for a USF graduate

September 21, 2020 Nancy Sutton Comments Off on A life-changing decision for a USF graduate 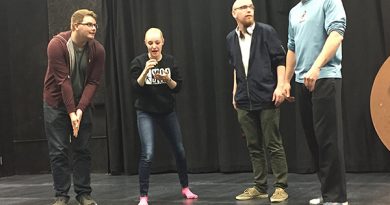 Improvidence Club has a Plan

May 2, 2019 Editor-In-Chief Comments Off on Improvidence Club has a Plan