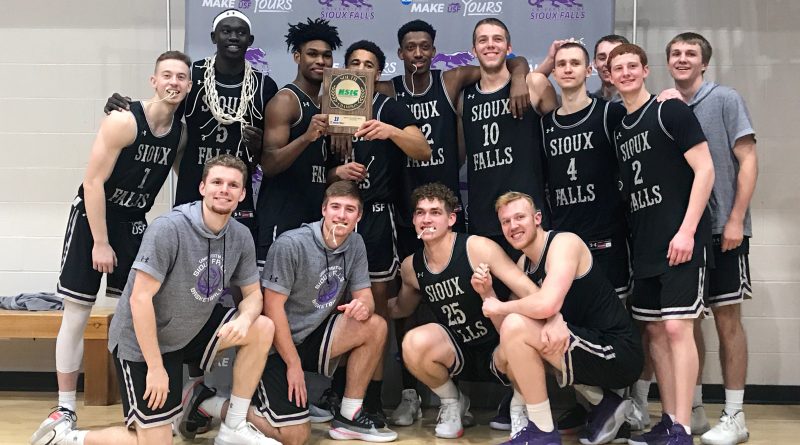 Picture this. It is a tournament quarterfinal basketball game. After a pair of foul shots, your team is now tied. With a minute and fifty-eight seconds left on the clock, both teams are huddled, attempting to plan their final plays. The whistle blows… and soon after your team causes a turnover which inevitably leads to their defeat. In a matter of less than two minutes, all your hard work is over. Just like that.

This was the unfortunate fate for the University of Sioux Falls men’s basketball team last March. Both USF and Northern State University men’s team advanced to the semifinal round of the 2019 NSIC/Sanford Health Basketball Tournament, where Northern ultimately defeated USF with a 79-76 victory.

Emotions ran high stepping off the court. Chase Grinde, then a redshirt Freshman, now a Sophomore says, “It was a really deflating feeling to have the lead and then lose it with no time left in the game. It seemed like we had everything under control, but a switch flipped and all of a sudden the game was out of reach.”

At the time Junior, now a Senior Devin Green also had troubles with the result, “It was difficult to comprehend the loss. More so because the season was over, and trying to understand that I’ll never play with the seniors again was the hardest part because I had been with them for the past three years.”

But with a new year brought new victories. The USF men’s basketball team, off to a program history’s best start of the season, met with NSU again, this time under different circumstances. On Friday, February 7, the two teams gathered on USF grounds to fight in a first-place showdown. Grinde described his feelings going into this year’s game in three words: motivated, determined and excited.

Fighting a tough battle, USF ended the game in a victory which led them to hold their first place position in the Northern Sun Intercollegiate Conference, as well as set a program-best record.

Green thought it was a great feeling, “I hadn’t beat Northern in my career here at USF and for our group to compete the way we did and find a way was awesome. I felt really proud of our team.”

Will they meet again in the NSIC 2020 Basketball tournament? This is undetermined as both teams still have a season to complete. But one thing is sure, the USF men’s team is prepared and ready for the challenge. 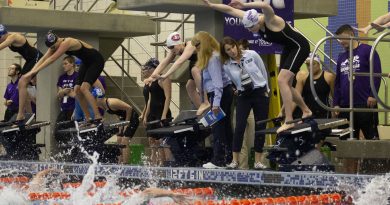 University of Sioux Falls Swimming vs the NSIC

March 5, 2019 Lauren Gallick Comments Off on University of Sioux Falls Swimming vs the NSIC 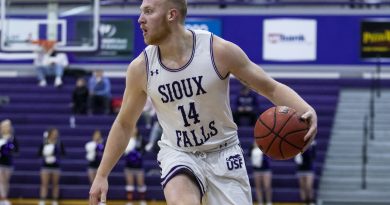 February 19, 2020 Editor-In-Chief Comments Off on USF Basketball Prepares for Augie