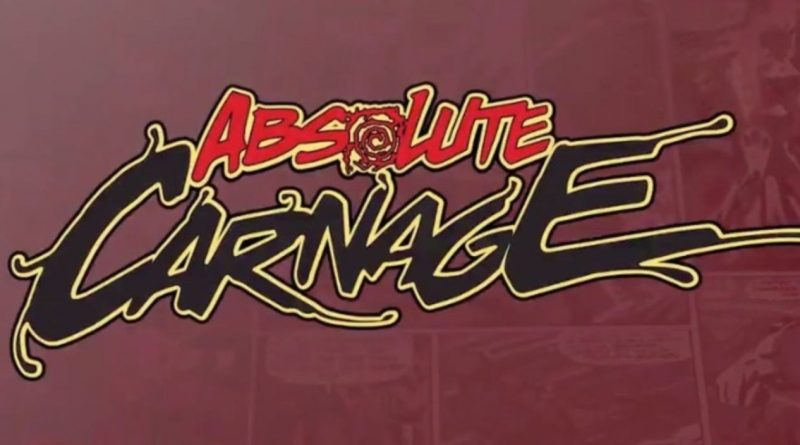 Welcome back, fine readers!  I hope you all had a wonderful Thanksgiving and I admire any of you who were brave enough to go Black Friday shopping!   I know it’s a busy season for all of us, myself included, but I figured it was time to get another review out.  Especially since that review is the long-awaited conclusion to “Absolute Carnage”!  So, that’s what I’ll be discussing today.  I mean, what better way to come back from a brief hiatus than with a review of the ending to one of the best books of the year?!  So, turn your attention from the $2 TV for just a few minutes.  After all, sales will be happening for the rest of the year.  Now, enough delay!  Let’s get to it!

Where to begin?  Maybe the best way to start is by saying that this entire story has been one of the most compelling that I’ve ever read!  That’s not over-hyping it either.  That’s how I actually feel.  I don’t think, in my lifetime, there’s ever been a story that Marvel has done that’s been so heartfelt, hilarious, emotional, compelling, and terrifying as “Absolute Carnage”.  What Donny Cates has done here is a masterclass in storytelling.  There are so many characters in this, and yet each one feels true to themselves.  Of course, the main focus here is Eddie Brock/Venom.  Although, coming in close behind is Spider-Man.  He may be secondary in the plot since this is without a doubt a Venom story, but he still has an important part to play.  I’ll also say that Carnage is the most terrifying he’s been possibly ever.  The only thing that even comes close to this is the 12-part Spidey story from the ’90s titled “Maximum Carnage”.   Still, that’s a VERY distant second compared to this.  But perhaps the thing that makes me the happiest is that Cates got this done in 5 parts.  That’s a very nice number for a story like this.  And having it come out once a month is just the right amount of time between issues.  It’s great that it’s not some overblown 10 or 12-part story with like three or four filler issues.  It’s just quick and concise and I think that’s perfect.

Now, on to Issue #5 itself.  You’d think that with all the praise I handed out in the previous paragraph that this would be a perfect issue.  Well, you’d be mostly correct.  It’s nearly perfect.  The only problem I have is with the conclusion itself.  It feels like the solution that Eddie comes up with may only be short-term and might cause an even bigger problem down the line.  In short, it solves one problem only to create another one.  But, maybe that’s the point.  The more I think about it, it’s a very obvious set up for another story or maybe even a sequel.  There’s even a page towards the end that shows the threat we’d be dealing with.  So, we’ll see where that goes.  But again, no spoilers for those of you that haven’t read it.  And honestly, you might be better off waiting until early 2020 when the collected edition comes out and just read that.  I’m sure there’s plenty of issue #5’s rolling around yet.  However, the first four might be trickier to find without drastically overpaying in the third-party market.

Sadly, we don’t get much Spidey here.  Most of his dialogue comes at the end of the issue and even then, it’s only one or two speech bubbles.  We do see him in the fray, however, going against several of Carnage’s underlings.  So, he gets some action scenes.  Though most of it is reserved for Venom fighting Carnage and that’s the way it should be.  After all, this was marketed as a Venom and Carnage story.  Spidey was only meant to a supporting character here.  So, I’m ok with it.

When it comes down to it, I’m hugely impressed and pleased with “Absolute Carnage”.  It delivered on the hype in more ways than I could dream of and I’ll sing it’s praises to anyone who asks.  Sure, the ending is slightly problematic.  But every story, even the best ones, have their flaws.  It’s the nature of storytelling.  This one came about as close to perfect as I can imagine.  And I’m grateful to Marvel for letting Cates do his thing without forcing him to extend it to 8 or more parts.  This is a nice and short, yet epic, story that Venom fans will be talking about for years to come!

Well, that about does it for me today.  But, don’t worry!  In the next day or two, I’ll have a review of Issue #2 of Hickman’s “X-Men” up on the feed.  Also, as a quick note, both Guardians and Iron Man will be wrapping up soon and I’ll be reviewing their closing arcs after the last issues come out.  So, look forward to that!  And finally, I know the holiday season is in full swing now, so I want to wish you all the very best and I hope you all have Happy Holidays!  Thanks for reading today.  Until next time, stay comical!

October 5, 2015 Jacob VanEngen Comments Off on USF Slides Into Fun

May 15, 2018 Jade Roszak Comments Off on Combined Worship Night