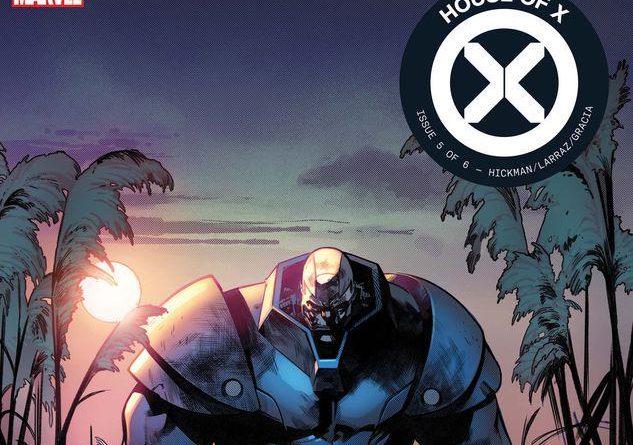 Hello all! Welcome to another edition of “Comics Cornerstone”!  I know it’s been a while since I was last here.  My apologies.  There’s been a lot going on in my life and the last 2 weeks have been especially eventful.  Anyway, to catch up, we have another double review of the 5th issues of both “House of X” and “Powers of X”.  Now, as I write this, “House” has reached its conclusion, though I haven’t read it yet.  So keep that in mind while you read this.  Without further ado, let’s get started!

I should note that this will be a slightly shorter review because nothing very new happens in these issues.  You’ve been warned.

Beginning with “House”, there is still a lot of the same going on from the last issue.  That’s not a bash against it because it’s still really good.  I just expected things to ramp up a bit more since this is the penultimate issue.  Alas, that was not the case.  Pretty much all that occurs is more of an explanation for how/why all the deceased mutants are able to come back to life.  It’s an interesting and logical explanation, albeit a complicated one.  No spoilers though for those of you who haven’t read it yet.

Even though this method of resurrection has, as far as we know, only been applied to mutants,  I have to wonder if it could also be applied to other characters in the Marvel Universe who have died and then miraculously come back to life.  Even if it hasn’t, it seems like a logical backdoor for any future deaths.  In other words, Jonathon Hickman may have just given Marvel editorial the easiest out ever.  Here’s hoping they don’t abuse it.  Fingers crossed!

To reiterate, my only gripe with this particular issue is that it could have done something else.  I mean, it’s the second to last one and Hickman uses it to expand upon something that we already have a good enough explanation for.  It just feels like it didn’t live up to its potential.  I’m not saying I didn’t enjoy it.  I did!  I just think I already know enough about how these characters keep coming back.  I didn’t need to know more.

Moving on to “Powers”.  Again, I’m keeping this brief because this issue also talks more about the resurrection method.  Only here, we get the origins of it.  We learn that it was basically part of Xavier’s plan all along.  He had always intended for a cloud-like method for storing backups of the minds of every mutant on earth and beyond.  An ambitious plan if there ever was one!  Perhaps the most important thing we learn is how Cerebro factors in.  It’s essentially a transfer device for getting the mutant “files” from point A to point B.  What’s most interesting to me is the expression on Xavier’s face as he is explaining his idea.  Clearly, Hickman doesn’t want us to trust Xavier because he has an almost sinister smile on his face in every other panel.  This pretty much solidifies for me the theory that Xavier has far more ill intentions than he is letting on.  But, we better learn his plans soon because there’s only one issue of “Powers” left as well.  Although I have a sneaking suspicion that Hickman will leave us hanging until well into the proper X-Men book.

So, that’s about it for today’s review.  Hope you enjoyed it! Now, since there was such a delay between posts, I will be putting up another review tomorrow.  What is it?  You’ll have to come back to find out!  Look forward to it!  Until next time, stay comical! 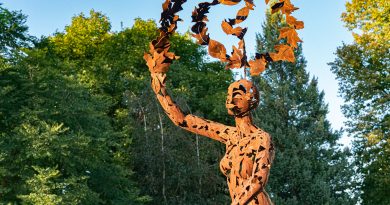