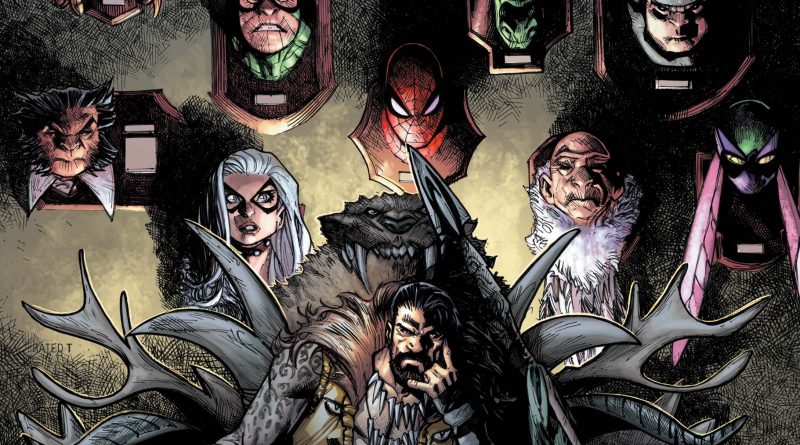 Hello, loyal readers!  I’m back with another post and this one is something that’s been on the back burner for quite a while.  What I have today is a review of “The Amazing Spider-Man” issues 16-22.  Now, at the time of my writing this, the release of issue 25 is only 2 days away.  So, I’m a little behind.  I normally hate putting off reviews for this long.  However, my last post was something that had been burned in my brain for a while and it was begging to get out into the world.  You’ll have to forgive me.  Anyway, enough with the formalities.  Let’s see what Spidey has in store for us this time!  I should note that I’m going to attempt to be as spoiler free as possible just in case some of you haven’t read or don’t plan to read this story.  Here we go!

“Amazing Spider-Man” is currently being written by Marvel veteran Nick Spencer.  Spencer’s artistic partner on the series, Ryan Ottley, did lend his hand to a few issues in this particular arc.  But, a handful of the issues were done by longtime Spidey artist Humberto Ramos.  As far as things go on the art end of the story, it was a bit jarring having to adjust to a different style and then flip-flop back and forth every other issue.  That’s not to say the art wasn’t good.  It just lacked the consistency that I would have preferred in an arc that’s this important.  As someone who grew up reading Spider-Man during Ramos’s time on the book, it was very pleasing to see him get back in the spotlight on my favorite character.  I do like Ottley’s work.  But, his characters, especially the men, tend to have a blockiness to them that doesn’t always work in certain situations.  Ramos has a way of drawing characters so that they seem more natural—especially Spider-Man himself.  Ramos’s depiction of him feels more like how he would appear if he was someone who actually existed.

On to the story itself.  The “Hunted” storyline features the return of Kraven The Hunter as he plots his ultimate revenge against Spider-Man while also fulfilling his own destiny.  This is basically a spiritual sequel to the infamous storyline titled “Kraven’s Last Hunt” from the 1990s.  Even the first few pages of this story are a direct homage to its predecessor with their tribal and spiritual nature.  Only this time, instead of hunting just Spider-Man, Kraven plans to capture all of Spidey’s animal-themed enemies and trap them under a dome in Central Park.  To do this, he enlists the help of X-Men villain, Arcade, to build the traps as well as a few other surprises.

The story runs across 7 issues of the series and, if I’m being honest, it does feel a little long at some points.  And that’s not even including the HU issues that focus entirely on certain villains that are highlighted in the main story.  I will say though that, although it feels long, the good definitely outweighs the bad.  There’s this really awesome moment when Spidey wakes up in a grave wearing his cloth black suit after having just been beaten half to death by Kraven’s son.  This is a direct callback to “Kraven’s Last Hunt” where Spidey, wearing his cloth black suit, fights Kraven himself and is buried alive.  In that story Kraven, believing Spider-Man to be dead, dons the black suit himself and goes about ruining Spidey’s reputation before committing suicide.  Kraven is later brought back through ancient tribal rituals.

Why did I bring that up?  Because it’s the whole reason for Kraven’s plan here.  When he died, he believed Spider-Man was also dead.  He was finally at peace.  His greatest foe finally vanquished!  When his family brought him back several years later, that peace was taken away from him.  Kraven no longer wants to be alive.  However, in the process of reviving him, a curse was placed upon him that he could only be killed at the hands of the Spider.  That’s the whole reason for this story.  Kraven wants to go down in a blaze of glory.  But first, he must see how far Spider-Man will go to survive.  That’s why he also captures many of Spider-Man’s enemies.  Spidey’s animal side is a predator by nature.  The question is:  Will he give in to his animal side to save himself?  That’s the question to which Kraven seeks an answer.

I think I’d better back up a little bit.  There’s this great moment that takes place during the battle with Kraven’s son.  At this point, Spidey is weakened by exposure to a hallucinogenic drug.  While he’s being beaten up, Spidey is completely inside his own head.  He’s having visions of Mary Jane dead in their apartment.  Spidey knows that it’s an illusion.  But, he also feels that it’s a vision of something to come.  It’s too real to be fake.  We, the readers, know that it’s an illusion because MJ is still at the apartment wondering if Peter is alright.  Nonetheless, it serves as a good look into Peter’s psyche.  After all these years of crimefighting, nearly 60 in real time, it’s no surprise that Peter would have some major paranoia.  When things are looking grim, his mind automatically jumps to the worst conclusions.  Something bad happens to either Aunt May or MJ.  That’s his mindset every time.  And who could blame him?  After all the physical and emotional trauma he’s been through, it’s not shocking that any threatening hallucination he might have would seem deadly real.

Overall, I really enjoyed this story!  Especially the HU issues.  Those, in particular, serve as a good look into what motivates each of those villains.  I especially enjoyed the issue spotlighting The Gibbon.  For those of you who don’t know, Martin Blank aka The Gibbon is a 1970’s villain who’s literally a man with slightly increased strength and a face that resembles a monkey.  As a kid, everyone laughed at him.  So, he joined the circus.  Inspired by Spider-Man, Gibbon offered to be his sidekick.  Spider-Man laughed him out of the proverbial room.  After reading the spotlight issue, however, I’ll never laugh at The Gibbon again.  (No spoilers)

So, yes, this story is rather long in the tooth.  But, the great moments in it and the way it examines the psychology and personalities of the characters makes it very worthwhile.  The only thing I’m undecided on is the ending.  Again, no spoilers, but there’s a twist at the end that sort of lessens the impact of the rest of it for me.  Some might even say it completely throws out what came before.  I wouldn’t say that.  Although I will say that it definitely diminished the effect and it could have ended better if Spencer had just stayed on the path that he was on with Kraven.  So, I guess all that matters is:  Can I recommend it?  Yes.   Absolutely!  Just, when you are going in, know that it really does take an extreme left turn at the end and you’ll either hate it or love it.  Beyond that, I really don’t have anything else.  So, I hope you’ve learned something from this and come back next time because, whatever it is, I’m sure it will be great!  Cheers! 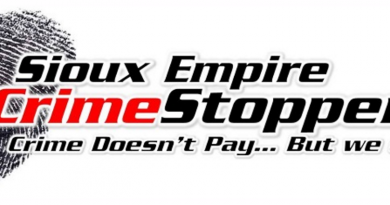 May 16, 2016 Editor-In-Chief Comments Off on Art-tasic USF Seniors