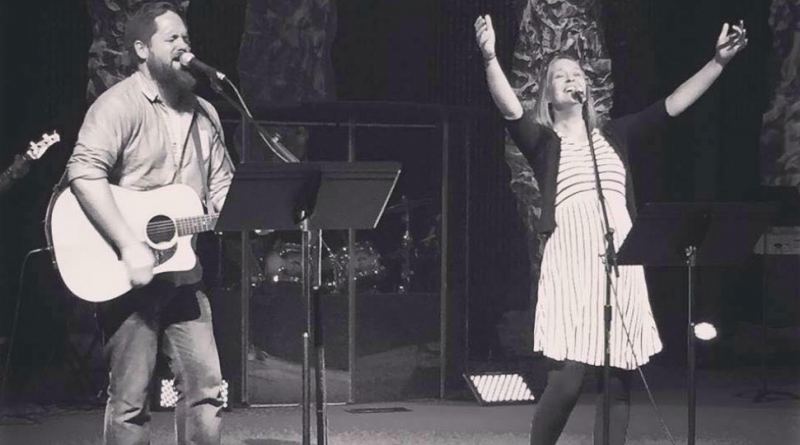 Matt Fjerkenstad’s entry into leading church worship isn’t the way most people do it. He started with a guitar used to pay rent, a funeral, and an uncomfortable worship practice. Today, he leads weekend worship at Crosswalk Community Church in Sioux Falls and is also getting his Master of Education at the University of Sioux Falls. Fjerkenstad feels strongly that a successful worship team benefits the congregation and the musicians themselves.

Fjerkenstad is one of Crosswalk’s leaders on Worship Pastor Jason Bennett’s team. He leads by playing acoustic guitar and singing. Fjerkenstad got involved in worship by playing at a funeral in Watertown, South Dakota. The piano player from the funeral invited him to a worship practice. He says didn’t enjoy the experience because he thought there were too many rules. Later, Fjerkenstad became friends with a youth pastor whose roommate paid rent to him by giving his guitar. Fjerkenstad is still using that guitar thirteen years later to lead his church in worship.

He prepares a weekend service by picking songs for the worship band first. Fjerkenstad asks the pastor what they are preaching about to match the songs with the message. “I pick songs that I know will speak to the hearts of the people. I try to do everything intentionally.” The songs are sent to the worship team Tuesday, so they have time to practice. 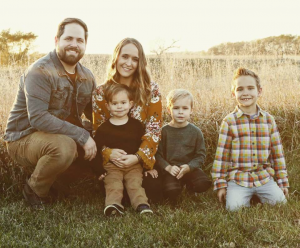 Fjerkenstad believes that volunteering in your church builds relationships. He says people can make lifelong friends from the collaborative work. “It makes me proud to see people working at something that they choose to do,” he says.

Communication between band members is important. He says volunteers can improve by being open and asking questions about how to become better. Fjerkenstad tells his band mates where to take a song by stomping his foot or strumming louder on his guitar to build a song up. “Others have to lead with their own instruments to make the rest of the band better.” Each band member is responsible for leading each other.

Fjerkenstad has opinions about how churches can improve their worship. He says to be open and not locked into one genre of music. Do not just play what is popular on local Christian radio stations. The song Raise A Hallelujah by Bethel speaks to him because he knows the story behind it, not just because it is popular. “When you put the words of truth in there, I feel like we are connecting people.” Matt Fjerkenstad plans to continue leading people in worship for many years to come.

Digging In and Going Deeper

September 23, 2015 Austin Clemen Comments Off on Digging In and Going Deeper

Child of the Holocaust, Inge Auerbacher

November 22, 2015 Editor-In-Chief Comments Off on Child of the Holocaust, Inge Auerbacher 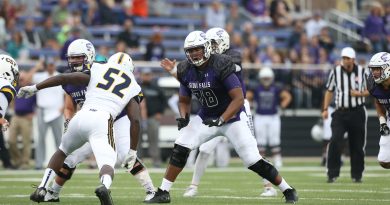