During one of the most high-tension elections in our nation’s history, students and staff at the University of Sioux Falls must decide in less than two weeks who will become the next President of the United States.

President of Student Democrats Ben Gertner, who was originally a Bernie Sanders supporter, has now put his trust in the hands of Democratic nominee Hillary Clinton. Gertner believes that many of Sanders’ stances on political issues align with those of Clinton.

“Her stance on LGBTQ rights and her stance on gun control,” says Gertner, “Hillary believes that no matter who you are you belong in America and I agree with that stance.”

Republican nominee Donald Trump also has his supporters, including the President of the College Republicans Elise Haugaard. She states that she is voting for Trump because he upholds the standards of what makes America great.

“He stands for the family values that America was founded on and based on for 200 some years now,” says Haugaard.

Gertner mentions that many of Trump’s previous business endeavors have failed in the past, and that this is a reason for concern in our nation.

“He is a businessman who has lost most of his fortune, while Hillary on the other hand, she’s a public servant and has done an excellent job,” says Gertner.

Although Clinton may have her supporters, Haugaard believes Trump is the right person to be the next President in the Oval Office.

“He upholds the 2nd Amendment and right to life for unborn children,” says Haugaard, “Hillary has not shown regard for the law to a significant extent.”

Both Gertner and Haugaard stated that they understand that their party’s presidential nominee is not perfect, but both believe their respective candidate is the right person for the job.

The students and faculty at USF who are registered to vote are a part of one of the most important elections in United States history. This election will affect our nation for years to come. Election day is Tuesday, November 8th, and we encourage all students and staff to go out and vote.

Digging In and Going Deeper

September 23, 2015 Austin Clemen Comments Off on Digging In and Going Deeper 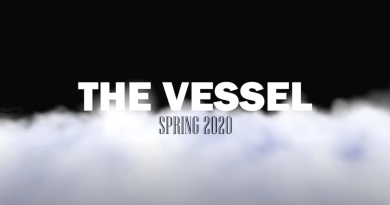