The weather is warming up, and the University of Sioux Falls women’s tennis team is finding a roll. They are finishing up conference play after returning home from a team trip to Hilton Head, S.C.  The women currently are 2-5 in conference play, and they are looking to win their last four games in Northern Sun Intercollegiate Conference.

“The last four games are really important so we can make to the conference tournament at the end of April,” Joey Bosch said.

Bosch, a sophomore, had to sit out last season because she transferred from Minnesota State – Mankato. With the current transfer rules in the NSIC, it was required of Bosch to sit out a season.

Kara Bunkers is in her first season of colligate tennis, and she is excited to be on the court with her teammates. She talks about the rituals that help her win. “I envision myself on the court,” Bunkers said, “and I also pray.”

The tennis team will play Minnesota – Moorhead this weekend in its next conference match.

March 31, 2014 Editor-In-Chief Comments Off on New Athletic Director at USF 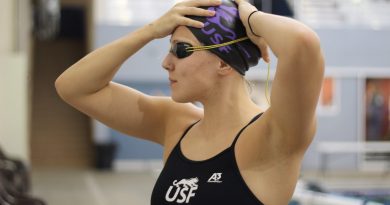 A New Season of Life

June 1, 2022 Editor-In-Chief Comments Off on A New Season of Life 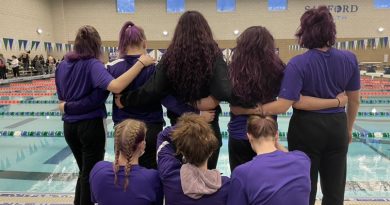 An Ode to Purple Hair

June 11, 2022 Editor-In-Chief Comments Off on An Ode to Purple Hair