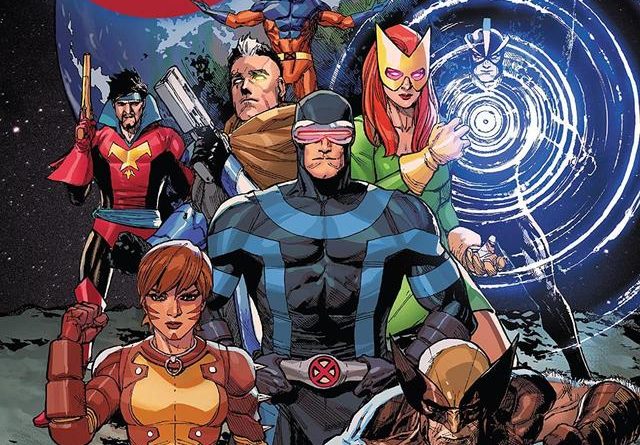 Hello all and Happy belated Halloween!   I hope you all wore colorful costumes and enjoyed your Kit Kats, Reeses’, or whatever other goodies you came across.  Speaking of colorful costumes, today is all about the brand new first issue of “X-Men” written by Jonathan Hickman.  After setting the stage in “House” and “Powers”, it’s finally time to get to the real story.  Undoubtedly, whatever else has come before was all just a prologue to this.  Now, let’s see what Hickman has in store!

I would understand if you’re confused by me calling the last story a “prologue” given everything that happened in those two books.  However, with the way Hickman writes, one must understand that those books were likely just the tip of the iceberg.  The real heavy stuff is probably going to happen in “X-Men” proper and each subsequent series.  Hickman didn’t return to Marvel to tell a simple story.  He came back to fix a franchise that was in disarray.  And even though I’m only reading the main book, everything I’ve read and heard so far tells me that the X Universe is finally back where it should be.  The stories are making more sense, and that’s mostly because, unlike before, the writers involved are actually communicating with each other.  Communication makes a world of difference, people!

As for the issue itself, I would say I was pleased overall.  It didn’t reach the highest heights of “House” and “Powers”, but that’s okay.  It’s a pretty standard procedure for the first issue of a new series to simply lay the groundwork.  However, that’s also my issue with it.  This isn’t a standard first issue.  We just spent twelve issues learning about this new universe that Xavier and Magneto have created.  If anything, this just felt like an epilogue to that story.  Although, that’s not to say I didn’t enjoy reading it.

Despite doing almost nothing to move the narrative forward, we do get a few nice character moments, most of which come from the Summers family.  In fact, you could say that almost this entire issue revolves around them.  It’s basically just a family dinner at the home of Scott Summers, aka Cyclops, and Jean Grey.  This is where I’ll point out the moment where I had to do a double-take.  So, it’s been established for many years that Jean and Scott have kids.  These kids will become heroes in their own right in the future.  This is all known.  What’s weird is that, due to the recently established resurrection process for mutants, Scott and Jean are now roughly the same age as their adult children.  And that’s just because these characters have been resurrected more times than there are Presidents of the United States.  I exaggerate, but you get my point!

It’s hard to write this without spoiling anything because, despite no major reveals, I want to stick to my rule of no spoiling.  What I’ll say is there are some interesting things that are going on upon the remains of the Orchis space station from the third and fourth issues of “House”.   It seems that perhaps one of the scientists has come up with their own resurrection process, but for humans.  Of course, these could just be the musings of a mad scientist who’s mourning the loss of her husband.  We’ll see how that plays out.

At the end of the day, I have mixed feelings about this.  Sure, it’s good.  But it still feels like the epilogue to the previous story rather than the start of a new one.  And maybe that’s what it is supposed to be.  Knowing Hickman, his plans stretch way farther into the future than we can imagine.  This is likely just the opening salvo to the opening salvo.  Thankfully, I’m happy with the time we got to spend with the Summers family and with the way Cyclops is written here, his jerky attitude seems to be taken down a peg.  It’s good to see him be a family man rather than the arrogant leader of the team.  It’s a side we don’t get to see often. So long as the next few issues pick up on the action, I think we’ll be in good shape!  We just have to get past the slow-burn first.

Well, I think that wraps it up!  Hopefully, you found some value in my opinion and were encouraged to try something new.  As for what’s coming next, you can bet on seeing Miles Morales and Guardians in the feed very soon!  Until then, stay comical! 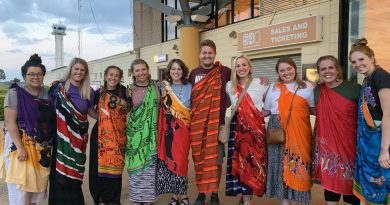