With the end of the semester approaching, many seniors are busy, tackling the stress of graduation preparation. This includes completing many projects and making sure every major requirement is met.

One of those projects includes personal senior art galleries, showcased in the Fine Arts Center, to the university’s faculty, students and Sioux Falls community.

USF student, Yuharelly Comparon showcased her art gallery earlier this week and explained the main theme behind the event.

“So ‘I Am’ is like an identity of who you are,” Comparon said.

Gaining her inspiration from many important people in her life and also those who have inspired the public around the world.

“The people that are painted across are people that stand out to me and signify their word greater than anything that I know them of,” Comparon said.

Explaining her experience with the publics reaction when asked the big question, “I am” and how unique everyone’s answers were.

“It was just interesting to see how people would react when I asked them the question,” Comparon said.

It was extremely important to make sure every person she chose to showcase was represented correctly.

Comparon viewed it as almost being like your DNA. She had to make it exact thatway each person she represented came across in the right way.

This project became very personal for Comparon as there was no room for privacy if she wanted to properly represent those who inspired her.

“It’s like writing in a diary and then showing everybody in a huge Powerpoint display, hey this is my diary and this is all of my personal secrets,” Comparon Said.

USF Theater Presents Cougaret II – A Night at The Movies

September 24, 2015 Editor-In-Chief Comments Off on USF Theater Presents Cougaret II – A Night at The Movies 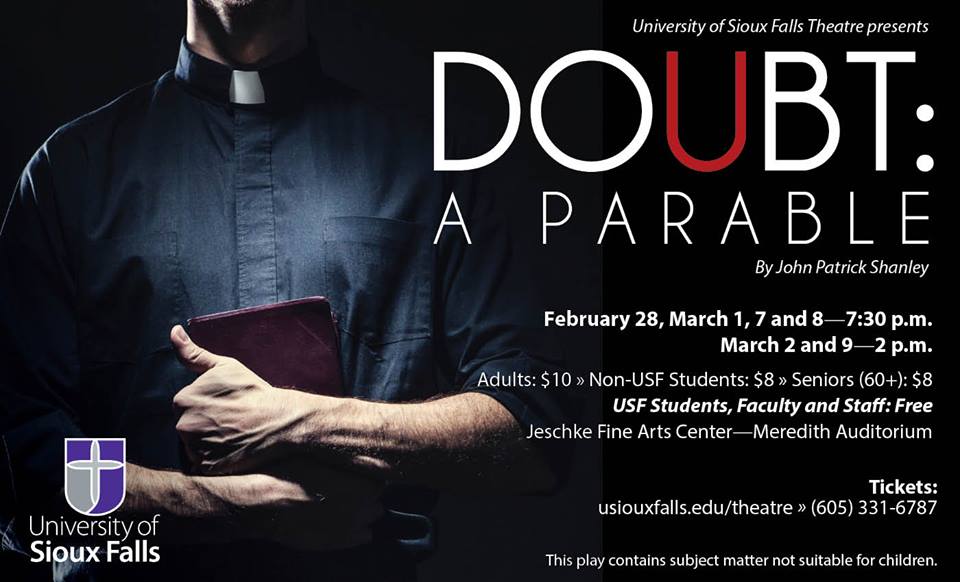 February 28, 2014 Editor-In-Chief Comments Off on “Doubt” Opens This Weekend in USF Theatre Department

March 5, 2015 Editor-In-Chief Comments Off on Charlie Brown Comes to USF