The first ever ‘USF Idol’ brought about much excitement to the campus over the past few weeks—from ‘90s hits and love songs, to the final night where contestants sang whatever song they pleased. Eight students made up the show’s contenders for the $150 cash prize, but at the end of the day only one was crowned victorious. The three judges had a smaller role in the final night of the show because at the end, the crowd was able to send in their votes via text message to decide who they think should win.

The doors opened for the final night to a swarm of students eager to get great seating. Z -hall was packed within 5 minutes of opening, and this made some contestants a tad nervous to perform. At 9 p.m. the lights came down, the judges were in their seats and the crowd was more than ready for the first contender to go on.  After each contestant finished his or her song the crowd applauded, whooped, and yelled, and the attention was turned over to the judges for their critique on the song. Some critiques were harder on the contestant than others, but overall they were mostly positive and constructive criticism.

After the final contestant performed it was up to Resident Assistant Bryce Wildenauer and Assistant Director of Activities Nathan Hofer to quickly crunch the numbers from judge votes and crowd text in votes. The anticipation was unbearable while the crowd waited; however, it did help that the crowd was able to watch old “American Idol” bloopers while the numbers were being crunched. Finally the screen went blank, the spotlights led right to the center stage, and it was finally time to see who the winner of the first annual USF Idol would be.

Out of the eight contestants, three were eliminated right away. The crowd cheered them off the stage to await the next three contestants who wouldn’t be making it. Finally, we were down to two contestants: Simon Floss and Aureile Cremers. The crowd went silent for the drum roll announcement.  USF Idol’s first place winner for 2014 is Simon Floss. Z-hall erupted into cheers while everyone jumped to their feet for a standing ovation.

Each contestant showed great courage and skill for being a part of this event, and in turn were all praised highly for their valiant effort at the $150 cash prize. This event seemed to have brought about much excitement to the campus and will more than likely continue to be held yearly for students to enjoy. 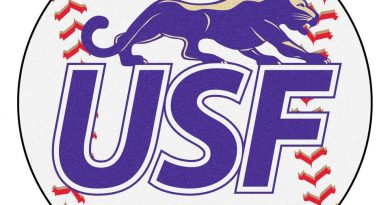 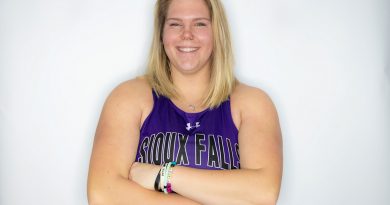