With the last edition of the 2013-14 school year’s USF College Week in the books, Junior CW Anchor Irene Samaniego reflects on the amazing journey that has taken her to where she is now.

“It’s kind of a long story,” begins Samaniego, standing before a large, white net, carefully cradling a soccer ball. “My mom applied for a job here right as I graduated high school, so I thought it was a great opportunity for me to come get my college experience here [in] the States.”

A native of Ecuador, South America, Samaniego hasn’t missed a beat in the process of becoming a vital member of the campus’ Media Studies community.

“I feel like I always wanted a major that could impact people—that could get to people,” says Samaniego thoughtfully. “Nowadays, with all the mass media communications, I feel like this is the right media to get to people.”

It wasn’t long before she decided to be an anchor.

Even still, everyone needs some free time, and one activity, in particular, is near and dear to her heart.

“In my free time, I really love playing soccer,” says an enthusiastic Samaniego. “I’m a soccer player here at USF and I love it. It gets my mind in a different place.”

“Take College Week seriously,” advises the junior. “Make the best experience out of it.  It’s a class—it’s not a job—so you can [fail] as many times as [it takes to succeed] and you’re going to learn a lot. Just make the most out of College Week.”

Like soccer, College Week is a team sport—something Samaniego is only too quick to acknowledge.

If Samaniego is as good in her career field as she is on the pitch, she’ll be just fine. 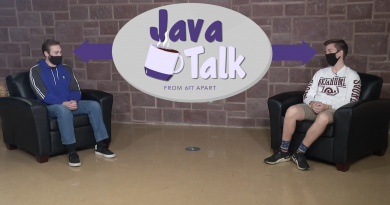 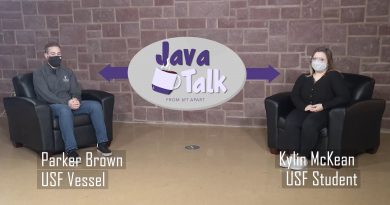