The USF Football team concluded their spring term last week with their annual combine, where players get to show off the improvements they made over the past couple of months.

Sophomore running back Colton Myles showcased his abilities. once again winning multiple events, including the three cone drill and the 20 yard shuttle. Myles set a new school record with a time of 3.87 for the 20 yd. shuttle. He also placed top 5 in the 40 yard dash and the broad jump.

Overall, the Cougars posted great numbers with many personal bests in every drill. “As far as our short, explosive stuff we are ways ahead of where we have been in the past” Zach Mathers, sHead Strength and Conditioning coach says.

The Cougars will enjoy the rest of May off, their longest break since they had 15 days off over Christmas.

They will resume training for the summer on June 1st, in preparation for their first game against Minnesota-Duluth on Thursday, August 31st.

March 31, 2014 Editor-In-Chief Comments Off on New Athletic Director at USF 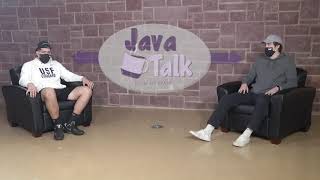