The top stories political news stories that can be found this week are:

1.) Pyongyang, North Korea has been conducting nuclear missile tests, they have just completed their fifth and are getting ready for their sixth.

2.) The U.S. Supreme Court is not going to view a case regarding asylum with women and children from Central America.

3.) There are growing disagreements between Governor Daauguard and his fellow party. Members claim that it is just the evolution of holding office.

4.) Under President Trump their have been 21,000 illegal immigrants arrested in the first two months. It was a much faster pace than under the two years of the Obama presidency.

“The roots of this [tension] go all the way back to the Second World War. Japan took over this empire and several freedom fighter groups opposed this, one of them supported by the Communist regime. The United States and the Soviet Union can not agree who gets this area.” Dr. Jackson says.

Thus, the dividing line between North and South Korea was started. With this, the South has since become a thriving democracy, which in turn angered North Korea.

North Korea in turn, becomes more and more isolated, thus becoming a worldwide propriety. Since, North Korea is near China if we take action against North Korea we could run the possibility of starting a war with China, as well.

The country does not currently have nuclear weapons that can reach the continental United States, but can reach as far away as Japan, who is the U.S.’s ally.

As of right now, North Korea’s nuclear weapons are the only thing protecting them from invasion.

Keeping an eye out for North Korea appears to be the only thing that we can do for now. But, hopefully we can end the tensions between the United States and North Korea soon. 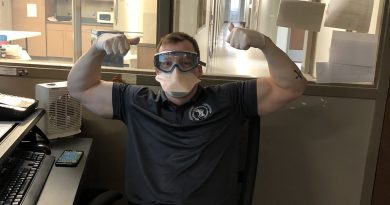 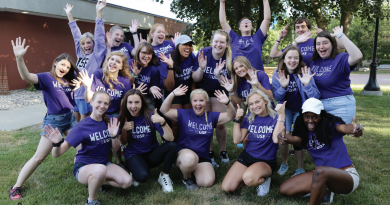 All Because of the ‘Jesus Washing His Disciples Feet’ Statue

November 21, 2017 Editor-In-Chief Comments Off on All Because of the ‘Jesus Washing His Disciples Feet’ Statue